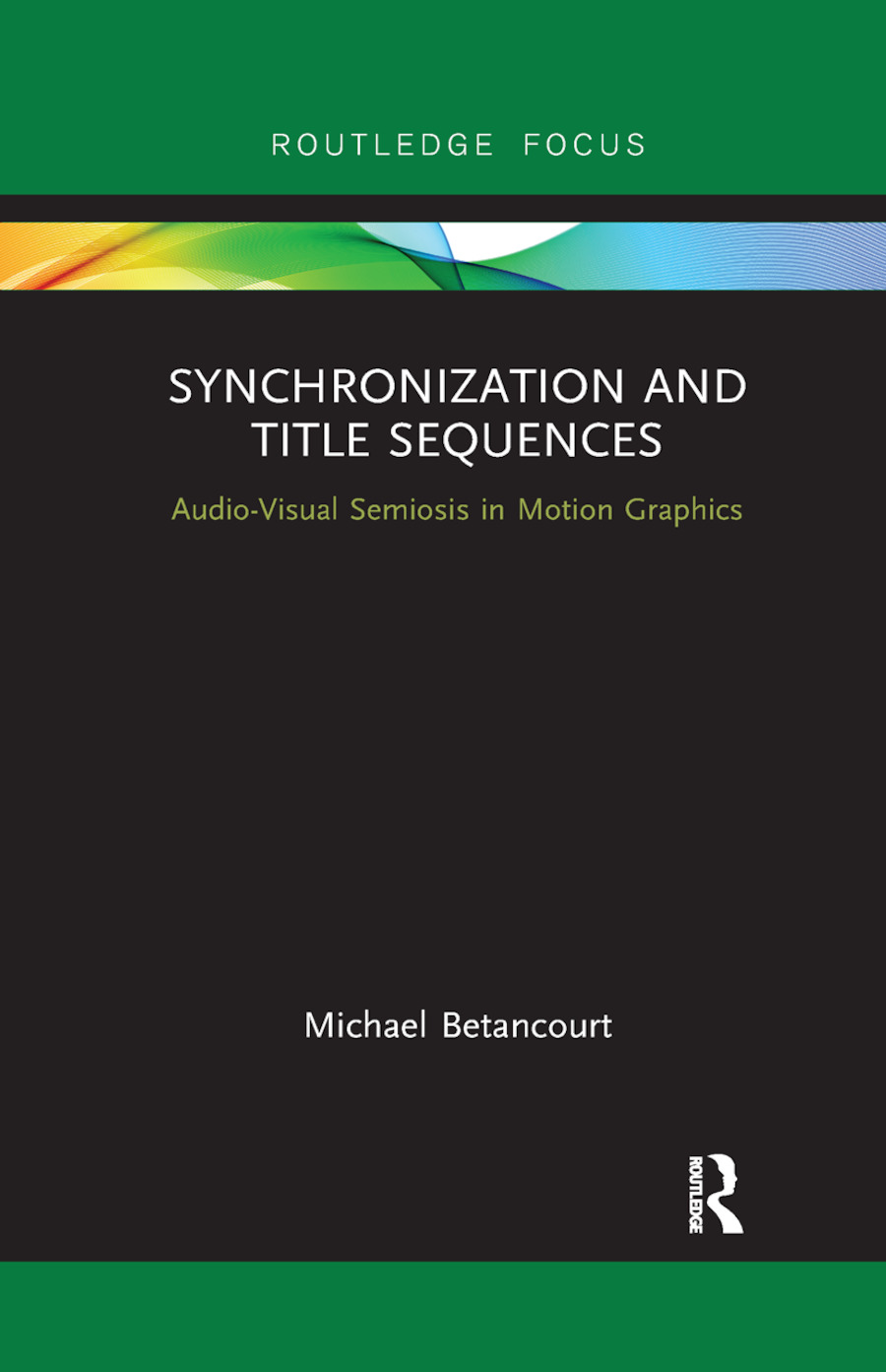 proposes a semiotic analysis of the synchronization of image and sound in motion pictures using title sequences. Through detailed historical close readings of title designs that use either voice-over, an instrumental opening, or title song to organize their visuals—from Vertigo (1958) to The Player (1990) and X-Men: First Class (2011)—author Michael Betancourt develops a foundational framework for the critique and discussion of motion graphics’ use of synchronization and sound, as well as a theoretical description of how sound-image relationships develop on-screen.

Notes on the Author

The Development of Title Sequences

The Ideology of Synchronization

Reservations about the "Talkies"

The Statement of Synchronization

The Immanence of Ideology

The Role of Music and Theme Songs

Michael Betancourt is a theorist, historian, and artist concerned with digital technology and capitalist ideology. He is the author of The ____________ Manifesto, The History of Motion Graphics, Beyond Spatial Montage, Glitch Art in Theory and Practice, Semiotics and Title Sequences, and The Critique of Digital Capitalism. He has exhibited internationally, and his work has been translated into Chinese, French, German, Greek, Italian, Japanese, Persian, Portuguese, and Spanish, and published in journals such as The Atlantic, Make Magazine, CTheory, and Leonardo.