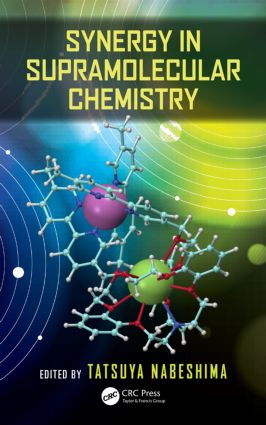 Cooperative and synergistic chemical events have attracted significant attention from many researchers engaged in organic chemistry, inorganic chemistry, biological chemistry, polymer chemistry, medicinal chemistry, and other related materials sciences. Synergistic supramolecular systems could be developed to amplify the functions and integration of molecular devices in ways that cannot be achieved by conventional single molecules. This book introduces basic concepts and examples of supramolecular chemistry in terms of cooperation and synergy, and it surveys recent progress in this field.

Supramolecular Synergy in the Formation and Function of Guanosine Quadruplexes, Jeffery T. Davis

Supramolecular Catalyst Based on Cyclodextrin Derivatives, Y. Takashima and A. Harada

Cooperativity in Complexation of Dynamic Terephthalamide Hosts for the Design of Chirality-Sensing Systems, T. Suzuki

From Fundamental Aspects of Binding Properties in Host–Guest Complexations to Those beyond the Limitation Due to the Law of Mass Action, Keiji Hirose