While we need to work more with a systems approach, there are few books that provide systems engineering theory and applications. This book presents a comprehensive collection of systems engineering models. Each of the models is fully covered with guidelines of how and why to use them, along with case studies.

: Evaluation, Justification, and Integration with Case Studies and Applications provides systems integration as a unifying platform for systems of systems and presents a structured model for systems applications and explicit treatment of human-in-the-loop systems. It discusses systems design in detail and covers the justification methodologies along with examples. Systems evaluation tools and techniques are also included with a discussion on how engineering education is playing a major role for systems advancement.

Practicing professionals, as well as educational institutions, governments, businesses, and industries, will find this book of interest.

Professor Badiru is also the book series editor for CRC Press/Taylor & Francis book series on Systems Innovation. He has served as a consultant to several organizations around the world including Russia, Mexico, Taiwan, Nigeria, and Ghana. He has conducted customized training workshops for numerous organizations including Sony, AT&T, Seagate Technology, U.S. Air Force, Oklahoma Gas & Electric, Oklahoma Asphalt Pavement Association, Hitachi, Nigeria National Petroleum Corporation, and ExxonMobil. He has served as a Technical Project Reviewer, curriculum reviewer, and proposal reviewer for several organizations including The Third-World Network of Scientific Organizations, Italy, Social Sciences and Humanities Research Council of Canada, National Science Foundation, National Research Council, and the American Council on Education. He is on the editorial and review boards of several technical journals and book publishers. Prof. Badiru has also served as an Industrial Development Consultant to the United Nations Development Program. In 2011, Prof. Badiru led a research team to develop analytical models for Systems Engineering Research Efficiency (SEER) for the Air Force acquisitions integration office at the Pentagon. He has led a multi-year multi-million dollar research collaboration between the Air Force Institute of Technology and KBR Aerospace Group. Prof. Badiru has diverse areas of avocation. His professional accomplishments are coupled with his passion for writing about everyday events and interpersonal issues, especially those dealing with social responsibility. Outside of the academic realm, he writes motivational poems, editorials, and newspaper commentaries; as well as engaging in paintings and crafts. Professor Badiru is the 2020 recipient of the Lifetime Achievement Award from Taylor and Francis publishing group. He was also part of the AFIT team that led the institution’s receipt of the 2019/2020 US Air Force Organizational Excellence Award. Dr. Badiru is also the recipient of the 2022 BEYA career achievement award in Government category. 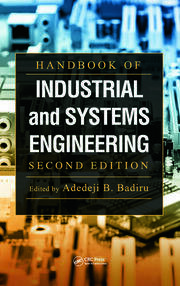 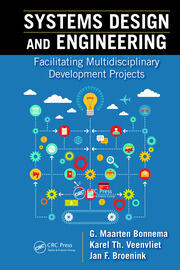 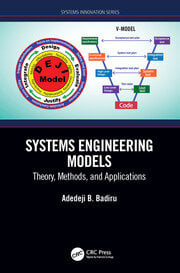