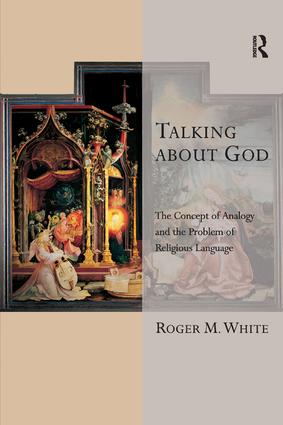 The Concept of Analogy and the Problem of Religious Language, 1st Edition

A fundamental question for theology is the question how we are to understand the claims that we make about God. The only language we can understand is the language we use to talk about human beings and their environment. How can we use that language to talk about God while respecting the infinite difference between God and humanity? The traditional answer has been to appeal to the concept of analogy. However, that appeal has been interpreted in widely different ways. This book aims to clarify the question and this answer by an analysis of the concept. It begins with an exploration of the way the concept was evolved by Aristotle out of Greek mathematics as a technique for comparing "things that were remote"; followed by a critical examination of three very different classical accounts of the way religious language works: those of Thomas Aquinas, Immanuel Kant and Karl Barth. The book finally investigates the way in which analogy could be applied to answer the question initially posed - how is it possible to use human language to talk about God. This is a question of fundamental significance for the whole of religion and theology, concerning as it does our whole understanding of what we mean when we talk about God.

'Grounding its sophisticated analyses and meticulous scholarship in an authoritative study of Euclid and Aristotle, this book proceeds to sensitive, incisive, critical examinations of Aquinas, Kant and Barth on concepts of analogy and their deployments in talking of God: a masterly and original contribution to the histories of science, philosophy and theology and to religious thought itself.' Jonathan Hodge, University of Leeds, UK 'Finally a book on religious language by an accomplished philosopher of language! Talking about God is a conceptual history of the notion of analogy from Aristotle through Aquinas and Kant to Barth that is both deeply informed in its scholarship and philosophically sensitive and acute. I expect this study to become the definitive work on analogical predications and talk about God more generally. I learned an immense amount reading it.' Josef Stern, The University of Chicago, USA 'It is hard to imagine a better book on this subject, and it is hard to imagine someone better equipped to write it than Roger White. Drawing on his high-level training in mathematics and theology, and his lifetime of scholarship in logic and philosophy of language, White has produced a book that is at once erudite and spirited, informative and closely-argued, and - perhaps most importantly - genuinely useful to serious students of theology and philosophy of religion. This is a reliable guidebook for the philosopher or theologian who wishes to make sense of talk about God without falling into anthropomorphism, nonsense or worse.' Mark T. Nelson, Westmont College, USA '… Kaye is eminently equipped to speak into this situation. What he has to say is informed, insightful, weighty, and well worth considering.' Church Times 'White’s in-depth study of analogy provides a careful and thought-provoking reading of relevant works of Aristotle, Aquinas, Kant, and Barth. His selection of quotes from primary sources and frequent use of examples support his points

Transcending Boundaries in Philosophy and Theology

Transcending Boundaries in Philosophy and Theology is an interdisciplinary series exploring new opportunities in the dialogue between philosophy and theology that go beyond more traditional 'faith and reason' debates and take account of the contemporary reshaping of intellectual boundaries. For much of the modern era, the relation of philosophy and theology has been conceived in terms of antagonism or subordination, but recent intellectual developments hold out considerable potential for a renewed dialogue in which philosophy and theology have common cause for revisioning their respective identities, reconceiving their relationship, and combining their resources. This series explores constructively for the 21st century the resources available for engaging with those forms of enquiry, experience and sensibility that theology has historically sought to address. Drawing together new writing and research from leading international scholars in the field, this high profile research series offers an important contribution to contemporary research across the interdisciplinary perspectives relating theology and philosophy.