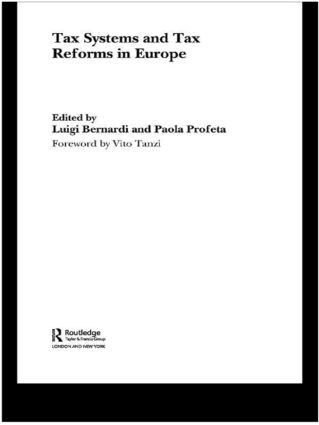 The last decade has seen important changes taking place in the tax regimes of many European countries. A comprehensive picture of what is happening in European fiscal systems has not been easy to find - until now. This impressive book featuring contributions from leading scholars, will be of great interest not only to academics but also to those involved in the financial sectors across the world.

Luigi Bernardi is Full Professor of Public Finance at the University of Pavia, Italy.

Paola Profeta is Assistant Professor of Public Economics at the University of Pavia, Italy.