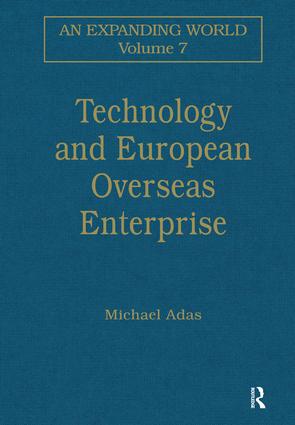 Technological innovation was crucial to the process of European expansion: advances in astronomy and navigation and changes in weaponry all contributed to the emergence of European commercial enclaves in Africa and Asia, and the conquest of the Americas. This volume illustrates the ways in which these European technological advantages shaped the expansion of the global system, whilst making clear that Western technology both adapted models from other cultures and was at times seriously challenged by them. In the arts of war, the West had much less of a technological edge over its Asian adversaries than is usually believed. Substantially dealing with the issue of technology transfer between the world and Europe, these studies underline the interactive nature of the process.

An Expanding World: The European Impact on World History, 1450 to 1800