István Benedek is an industrial consultant based in Wuppertal, Germany. Aft er exploring his initial interest in macromolecular science, he transferred to the plastics processing and adhesive converting industry as research and development manager, where he has worked for three decades. He is the author, coauthor, or editor of several books on polymers, including Pressure-Sensitive Adhesives Technology (Dekker, New York, 1996), Development and Manufacture of Pressure-Sensitive Products (Dekker, New York, 1999), Pressure-Sensitive Formulation (VSP, Utrecht, the Netherlands, 2000), Pressure- Sensitive Adhesives and Applications (Dekker, New York, 2004), Development in Pressure- Sensitive Products (CRC, Boca Raton, FL, 2006), Pressure-Sensitive Design, Theoretical Aspects (VSP, Leiden, the Netherlands, 2006), and Pressure-Sensitive Design and Formulation, Applications (VSP, Leiden, the Netherlands, 2006), as well as more than 100 scientific research and technical reports, patents, and international conference papers on polymers, plastics, paper/film converting, and web finishing. He is a member of the Editorial Advisory Board of the Journal of Adhesion Science and Technology. Dr. Benedek received his PhD (1972) in polymer chemistry and engineering technology from Polytechnic University of Temeswar. Mikhail M. Feldstein, one of the world’s leading experts in the development of new polymeric composites with tailored performance properties that span pressure-sensitive adhesives and other materials designed for medical and pharmaceutical applications, was born in 1946 in Moscow. In 1969 he graduated with honors from M.V. Lomonosov Moscow State University, Faculty of Chemistry, and in 1972 he earned his PhD in polymer science from the same university for the investigation of polyelectrolyte complexes with ionic surfactants and lipids. His early research interests were associated with the mechanisms of the formation and molecular structure of interpolymer complexes. Since 1972 he has worked in the industry of polymers for medical usage as a developer of hydrophilic pressure-sensitive adhesives for skin application in transdermal therapeutic systems and wound dressings. He received international recognition comparatively late: his earliest contacts with colleagues beyond the borders of former Soviet Union date to 1994 only. In 1999, a famous scientist and vice president of the Russian Academy of Sciences, academician Nicolai A. Platė, invited him to join A.V. Topchiev Institute xii Editors of Petrochemical Synthesis of the Russian Academy of Sciences, one of the most wellknown academic institutes in polymer science. Later that year, Feldstein established long-term and large-scale research cooperation with a leading pharmaceutical company, Corium International, Inc. (CA). In 2005, Feldstein earned his DrSc in polymer science from the A.V. Topchiev Institute of the Russian Academy of Sciences. Since the second half of the 1990s, Feldstein has focused on the molecular origins of pressure-sensitive adhesion and the interrelationship between adhesion and other properties of polymer blends. Based on gained insight into the phenomenon of adhesion at a molecular level, he has developed the first-ever technology for obtaining numerous novel pressure-sensitive adhesives of controlled hydrophilicity and performance properties by the simple mixing of nonadhesive polymer components in certain ratios. Feldstein is the author of nearly 200 research papers, 7 book chapters, and 25 patents. He is a member of Adhesion Society and Controlled Release Society. Feldstein is also an associate editor of the Journal of Adhesion. 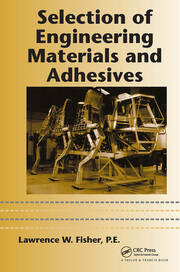 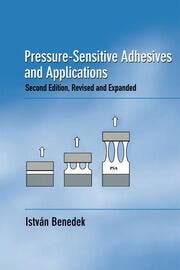 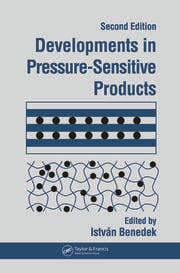