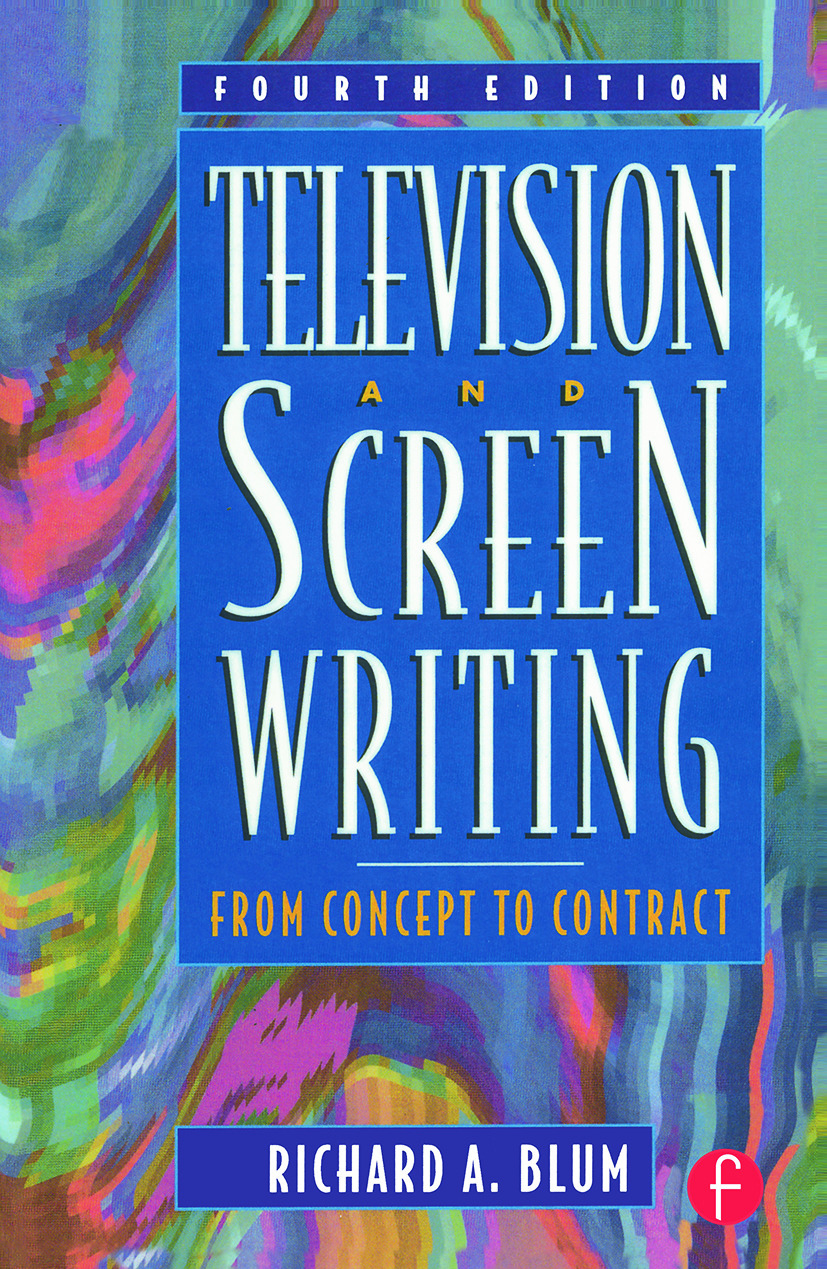 From Concept to Contract, 4th Edition

By Richard A Blum

Now in its fourth edition, Television and Screen Writing: From Concept to Contract is a classic resource for students and professionals in screenwriting and television writing. This book will teach you how to become a creative and marketable writer in every professional arena - including major studios, production companies, networks, cable and pay TV, animation, and interactive programs. Specific techniques and script samples for writing high-quality and producible "spec" scripts for theatrical motion pictures, the sitcom series, one-hour dramatic series, longform television, soaps, talk show, variety, animation, interactive and new media are provided. Television and Screen Writing: From Concept to Contract, Fourth Edition also offers a fully detailed examination of the current marketplace, and distinct strategies for marketing your scripts, from registering and copyrighting the script to signing with an agent.

This new edition has been expanded to include the most up-to-date creative and professional script samples, marketing resources, and practical information possible. The companion website offers a wide range of contacts and resources for you to explore, and Internet links to professional resources. There is also an Annotated and Selected Bibliography for your reference

"Very thoughtful and user-friendly; a wonderful conprehensive text." - Nevada McPhearson, Nunez Community College"There was so much information packed on each page I thought I was going to have to highlight the entire book!" - David Wesner, Austin Peay State University