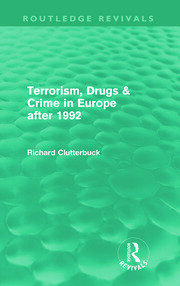 First published in 1990, Richard Clutterbuck's fascinating analysis of European security confronts the problems of internal European community frontiers and technological aids in combating terrorism and international crime. He looks at what the EC countries have done in the past, describes the technology now becoming available, and makes radical proposals for airport security, fighting drugs, and overcoming the intimidation of witnesses and juries. Above all, he foresees he exciting prospect of the USSR, the USA, and a united Europe co-operating for the first time to overcome the common enemies of terrorism and international crime.