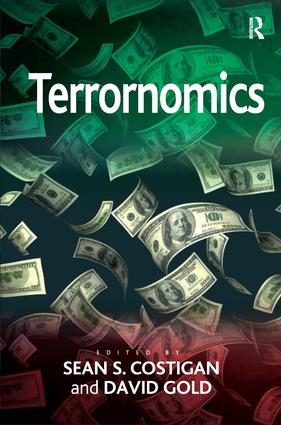 Today, no single issue dominates the global political landscape as much as terrorism. Aware of their unique position in the newly unipolar world, terrorist leaders have articulated that economic warfare is a key component of the new terrorist agenda. Governments have accentuated the role of economic tools in their counter-terrorism policies while maintaining emphasis on the application of military force, or 'hard power', even though such tools often prove unnecessarily blunt or even sorely inadequate. Given the complexity of the global threat posed by modern transnational terrorist groups, combating terrorism with a mix of 'hard' and 'soft power' is more important than ever. As an invaluable new book in terrorism studies, Terrornomics brings together contributions from renowned international scholars and practitioners to provide a multifaceted view of contemporary financial counterterrorism and terrorist funding efforts. It employs key concepts, terms, case studies and policy recommendations to advance our understanding of the threats and possible courses of action, thus enabling us to grasp the critical financial and economic issues while providing potential counterterrorist strategies.

'In this invaluable collection of original essays…Terrornomics analyzes and proposes methods of restricting the flow of funds to terrorist organizations, especially those supporting Islamic fundamentalists. This volume is wide ranging, up-to-date and treats the subject with insight and sensitivity. It is a significant source for graduate and undergraduate courses and also will aid policy makers in understanding the dynamics of terrorist funding. The book is a vital addition to the terrorism bookshelf.' Alan O'Day, Greyfriars Hall, University of Oxford, UK 'To effectively manage terrorism and extremism, we must understand how threat groups raise, store, move and disburse money. Terrornomics edited by Costigan and Gold is the most comprehensive volume on the organization and operation of terrorist financial infrastructures and networks.' Rohan Gunaratna, International Centre for Political Violence and Terrorism Research, Singapore ’…a timely, multifaceted, and well-written and well-edited volume…The analytics of the costs and benefits of terrorism are elegant, readable, and presented without undue technicalities…Highly recommended. All collections.’ Choice ’Terrornomics provides fine insight into the background, themes and problems of the interrelations between economics and terrorism. The volume is a solid foundation for further research.’ Security & Peace 'Overall Terrornomics touches upon a broad range of topics and binds together important aspects of the modern terrorist threat. The chapters are short, compact and informative and therefore allow the reader to gain a rapid perspective on the economics of terrorism from a macro level.' e-Extreme '…a good description of various economic aspects of terrorism, the understanding of which is paramount to successfully containing the global threat of terrorism.' Journal of Peace Research