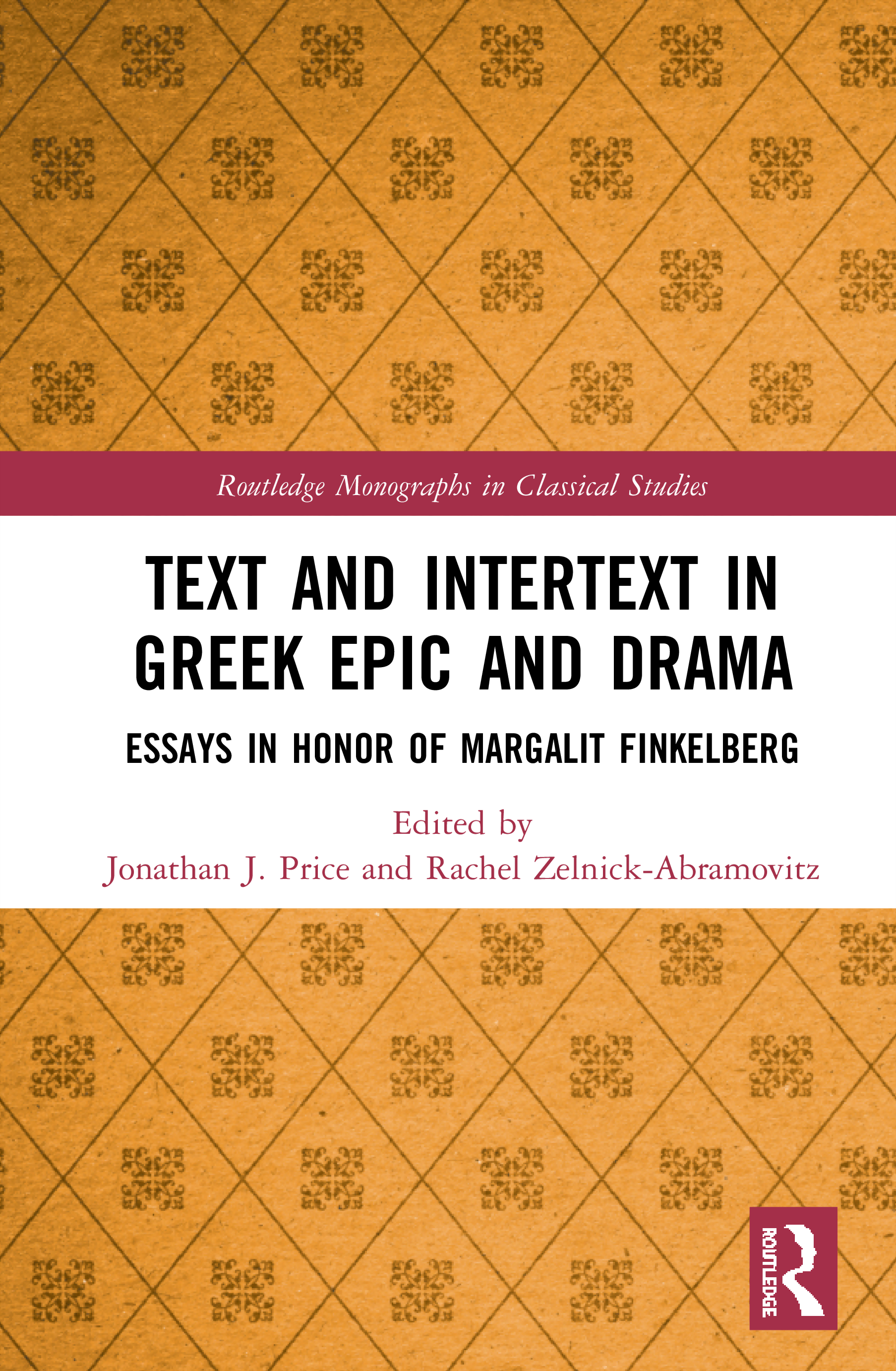 Text and Intertext in Greek Epic and Drama

This collection presents 19 interconnected studies on the language, history, exegesis and cultural setting of Greek epic and dramatic poetic texts ("Text") and their afterlives ("Intertext") in Antiquity.

Spanning texts from Hittite archives to Homer to Greek tragedy and comedy to Vergil to Celsus, the studies here were all written by friends and colleagues of Margalit Finkelberg who are experts in their particular fields, and who have all been influenced by her work. The papers offer close readings of individual lines and discussion of widespread cultural phenomena. Readers will encounter Hittite precedents to the Homeric poems, characters in ancient epic analysed by modern cognitive theory, the use of Homer in Christian polemic, tragic themes of love and murder, a history of the Sphinx, and more.

Text and Intertext in Greek Epic and Drama

offers a selection of fascinating essays exploring Greek epic, drama, and their reception and adaption by other ancient authors, and will be of interest to anyone working on Greek literature.

1. Homer’s Innocent Aeneas and Traditions of the Troad - Ruth Scodel

3. Babies in the Iliad Book 6: Astyanax and Dionysus - Maureen Alden

5. Two Mothers: Eos and Thetis in the Aithiopis - Deborah Gera

6. Seeing the Unseen in the Iliad - Hayden Pelliccia

8.Helen of Troy—or of Lacedaemon? The Trojan War and Royal Succession in the Aegean Bronze Age - Richard Janko

9. Substitute, Sacrifice and Sidekick: A Note on the Comparative Method and Homer - Ian Rutherford

10. The Birth of Literary Criticism (Herodotus 2.116-17) and the Roots of Homeric Neoanalysis - Bruno Currie

15. Episodic Tragedy, Antigone, and Indeterminacy at the End of Euripides’ Phoenissae - Thomas Hubbard

19 Inviting Socrates: the prologues of Republic and the two Symposia - Gabriel Danzig

Jonathan J. Price is the Fred and Helen Lessing Professor of Ancient History at Tel Aviv University, and the author of books and articles on Greek and Roman historiography, Jewish history of the Roman period and Jewish epigraphy. Among his publications are Jerusalem Under Siege: The Collapse of the Jewish State, 66-70 C.E. (1992), Thucydides and Internal Conflict (2001), and editions of the Jewish inscriptions in Corpus Inscriptionum Iudaeae/Palaestinae: A Multi-lingual Corpus of the Inscriptions from Alexander to Muhammad, Volumes I-V (2010-2019).

is Associate Professor at the Department of Classics, Tel-Aviv University. She is the author of Not Wholly Free: The Concept of Manumission and the Status of Manumitted Slaves in the Ancient Greek World (2005), of Taxing Freedom in Thessalian Manumission Inscriptions (2013) and of several articles on the status of slaves and free non-citizens, on the working of Athenian democracy and Greek historiography.