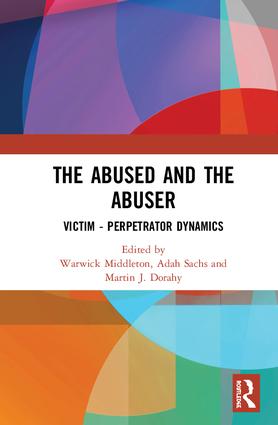 The Abused and the Abuser

Severe abuse often occurs in settings where the grouping, whether based around a family or a community organisation or institution, outwardly appears to be very respectable. The nature of attachment dynamics allied with threat, discrediting, the manipulation of the victim's dissociative defences, long-term conditioning and the endless invoking of shame mean that sexual, physical and emotional abuse may, in some instances, be essentially unending. Even when separation from the long-term abuser is attempted, it may initially be extremely difficult to achieve, and there are some individuals who never achieve this parting. Even when the abuser is dead, the intrapsychic nature of the enduring attachment experienced by their victim remains complicated and difficult to resolve.

This volume includes multiple perspectives from highly experienced clinicians, researchers and writers on the nature of the relationship between the abused and their abuser(s). No less than five of this international grouping of authors have been president of the International Society for the Study of Trauma and Dissociation, the world's oldest international trauma society. This book, which opens with a highly original clinical paper on 'weaponized sex' by Richard Kluft, one of the foremost pioneers of the modern dissociative disorders field, concludes with a gripping historical perspective written by Jeffrey Masson as he reengages with issues that first brought him to worldwide prominence in the 1980s. Between these two pieces, the contributors, all highly acclaimed for their clinical, theoretical or research work, present original, cutting edge work on this complex subject.

This book was originally published as a double special issue of the Journal of Trauma and Dissociation.

2. Extreme adaptations in extreme and chronic circumstances: The application of "weaponized sex" to those exposed to ongoing incestuous abuse Warwick Middleton

3. Conflicts between motivational systems related to attachment trauma: Key to understanding the intra-family relationship between abused children and their abusers Giovanni Liotti

4. Through the lens of attachment relationship: Stable DID, active DID and other trauma-based mental disorders Adah Sachs

5. Dying for love: An attachment problem with some perpetrator introjects Valerie Sinason

8. Shame as a compromise for humiliation and rage in the internal representation of abuse by loved ones: Processes, motivations, and the role of dissociation Martin J. Dorahy

9. Knowing and not knowing: A frequent human arrangement Sylvia Solinski

10. Mother–child incest, psychosis, and the dynamics of relatedness Joan Haliburn

Endnote – A personal perspective: The response to child abuse then and now Jeffrey Masson

Warwick Middleton was the primary author of the first published series on patients with dissociative identity disorder to appear in the Australian scientific literature. For over 20 years, he has been the Foundation Director of the Trauma and Dissociation Unit, Belmont Hospital. He is a pioneer researcher in the area of ongoing incest during adulthood; he chairs the Cannan Institute; and is a past president of the International Society for the Study of Trauma and Dissociation.

is an attachment-based psychoanalytic psychotherapist. Her main theoretical contribution is outlining several subcategories of disorganised attachment, and linking those with childhood abuse and with trauma-based mental disorders. She is an NHS consultant and heads the Psychotherapy Service for Redbridge Borough, London, UK.

is Director of the clinical psychology programme at the University of Canterbury, New Zealand, and current immediate past-president (2018) of the International Society for the Study of Trauma and Dissociation. His published work has primarily explored cognitive and emotional underpinnings of dissociation and dissociative disorders, with a particular focus on shame. His clinical work is focused on the adult outcomes of abuse and neglect.