The Aesthetic Experience of Dying
The Dance to Death 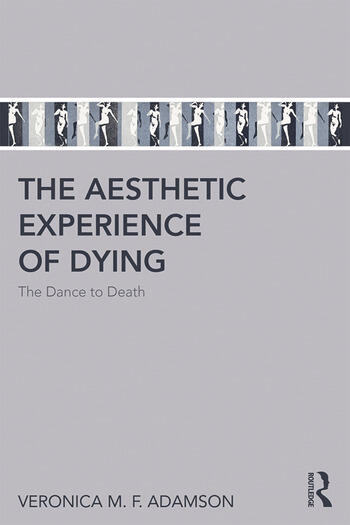 The Aesthetic Experience of Dying: The Dance to Death

Structured around a personal account of the illness and death of the author’s partner, Jane, this book explores how something hard to bear became a threshold to a world of insight and discovery.

Drawing on German Idealism and Jane’s own research in the area, The Aesthetic Experience of Dying looks at the notion of life as a binary synthesis, or a return enhanced, as a way of coming to understand death. Binary synthesis describes the interplay between dynamically opposing pairs of concepts – such as life and death – resulting in an enhanced version of one of them to move forward in a new cycle of the process. Yet what relevance does this elegant word game have to the shocking diagnosis of serious illness? Struggling to balance reason with sense, thought with feeling, this book examines the experience of caring for someone from diagnosis to death and is illustrated with examples of the return enhanced. The concluding chapter outlines how the tension of Jane’s dying has been resolved as the rhythmic patterns of the lifeworld have been understood through the process of reflecting on the experience.

This creative and insightful book will appeal to those interested in the medical humanities. It will also be an important reference for practising and student health professionals.

1. The Return Enhanced 2. Invitation to the Dance 3. Days for Dancing 4. The Last Waltz 5. The Aesthetic Experience of Dying

Veronica M. F. Adamson is an Honorary Research Fellow in the School of Health in Social Science, University of Edinburgh, UK.

'This is a beautiful, visceral and not least courageous text that opens the reader the depths and details of a human life facing death. Adamson succeeds in offering a poignant reflection that journeys from diagnosis to death in such a way that is faithful to the shared depths of the lifeworld. As such, she generously provides a moving and insightful narrative for contemplation about what it is to be human and the nature of the lifeworld in living towards death. It should be read by all professionally involved in terminal illness, it spans insights into well-being, aesthetic dimensions of illness and the implicit splits between reductionist approaches in care delivery and human embodiment which are all skilfully revealed and grasp the human heart.' Kathleen Galvin, University of Brighton, UK

'Every now and then a book comes along that makes you sit up and acknowledge that there is a whole other world going on out there. This is one.

It is about is about the death from ovarian cancer of Adamson’s partner, Jane. Sounded like the usual stuff—illness, death, bereavement. But not if it is viewed though the lens of German Idealism, which looks at the notion of life as a binary synthesis, or a return enhanced, as a way of coming to understand death. I noticed the letters in the words before me had become a bit blurred. I retreated to Google for some background illumination and found a University of Glasgow thesis on binary synthesis, or Goethe's aesthetic intuition in literature and science. Binary synthesis, it told me, is the principle uniting Goethe’s science with his art, in which the name of one element in a pair of antitheses can fairly be applied to their synthesis, since it represents a richer concept, tending towards one of the original antitheses in an ascending hierarchy. I got out of that and did a cryptic crossword—at least they’re relatively straightforward.

Binary synthesis, the back cover told me, describes the interplay between dynamically opposing pairs of concepts—such as life and death—resulting in an enhanced version of one of them to move forward in a new cycle of the process. This book is an examination of the experience of caring for someone from diagnosis to death, illustrated with examples of the return enhanced. That made a little more sense, but I still felt out of my depth. I mean…I thought I knew a bit about cancer and dying and stuff…

Veronica Adamson originally trained as a nurse and is now an Honorary Fellow in the School of Health in Social Science at the University of Edinburgh.' Roger Woodruff