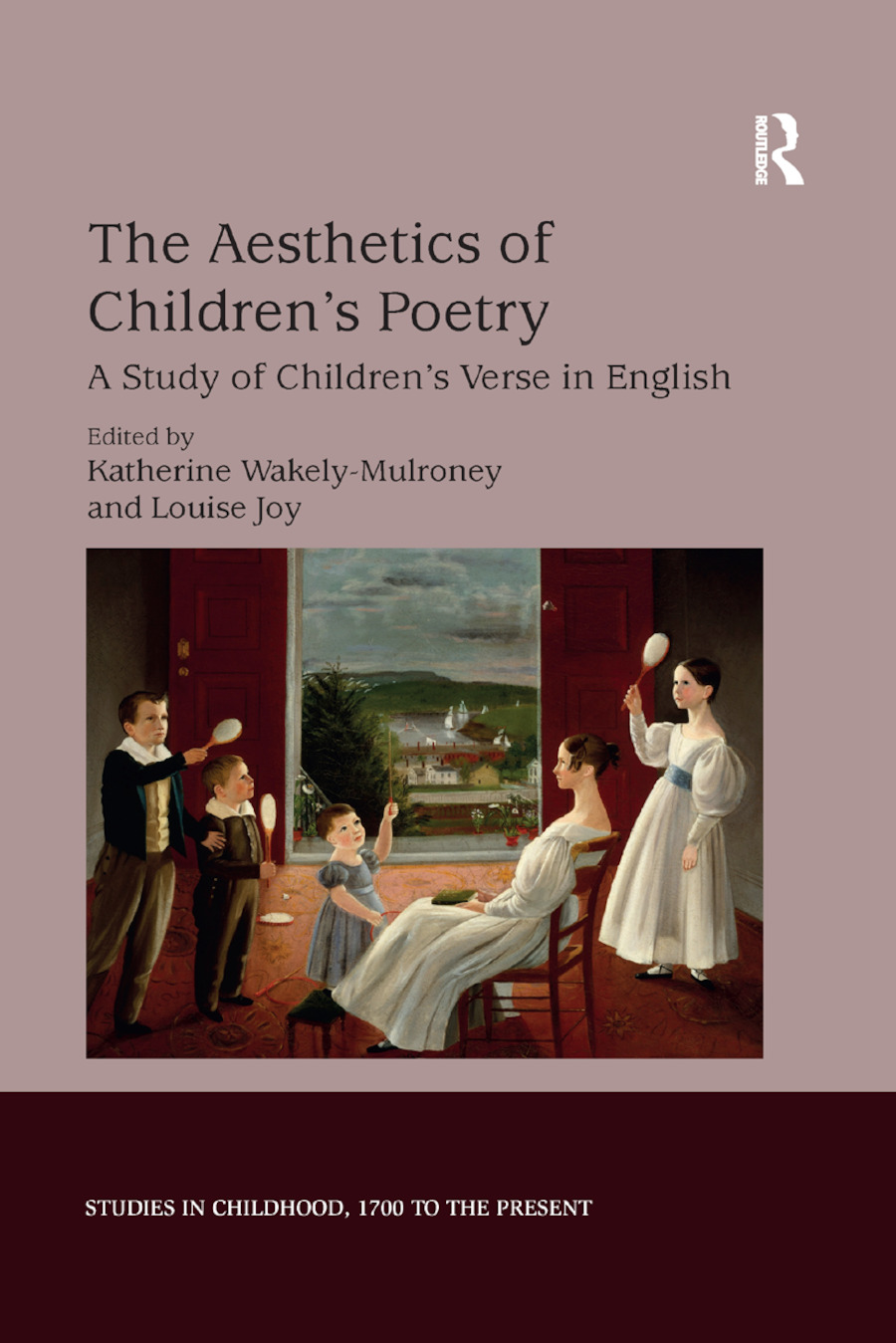 The Aesthetics of Children's Poetry

A Study of Children's Verse in English, 1st Edition

This collection gives sustained attention to the literary dimensions of children’s poetry from the eighteenth century to the present. While reasserting the importance of well-known voices, such as those of Isaac Watts, William Blake, Lewis Carroll, Christina Rossetti, A. A. Milne, and Carol Ann Duffy, the contributors also reflect on the aesthetic significance of landmark works by less frequently celebrated figures such as Richard Johnson, Ann and Jane Taylor, Cecil Frances Alexander and Michael Rosen. Scholarly treatment of children’s poetry has tended to focus on its publication history rather than to explore what comprises – and why we delight in – its idiosyncratic pleasures. And yet arguments about how and why poetic language might appeal to the child are embroiled in the history of children’s poetry, whether in Isaac Watts emphasising the didactic efficacy of “like sounds,” William Blake and the Taylor sisters revelling in the beauty of semantic ambiguity, or the authors of nonsense verse jettisoning sense to thrill their readers with the sheer music of poetry. Alive to the ways in which recent debates both echo and repudiate those conducted in earlier periods, The Aesthetics of Children’s Poetry investigates the stylistic and formal means through which children’s poetry, in theory and in practice, negotiates the complicated demands we have made of it through the ages.

3 Free Play Revisited: the Poetics of Repetition in Blake’s Songs of Innocence

6 The Rational Gothic: The Case of Ann Taylor’s "The Hand-Post"

7 The Laughing Child: Children’s Poetry and the Comic Mode

8 "We may not know, we cannot tell": Religion and Reserve in Victorian Children’s Poetics

10 "That Terrible Bugaboo": The Role of Music in Poetry for Children

11 Cognitive Poetics and The Aesthetics of Children’s Poetry: A Primer of Possibilities

Katherine Wakely-Mulroney is a Postdoctoral Fellow at the Centre for Liberal Arts and Social Sciences at Nanyang Technological University, Singapore, and Louise Joy is a Fellow and College Lecturer in English at Homerton College, Cambridge, UK.