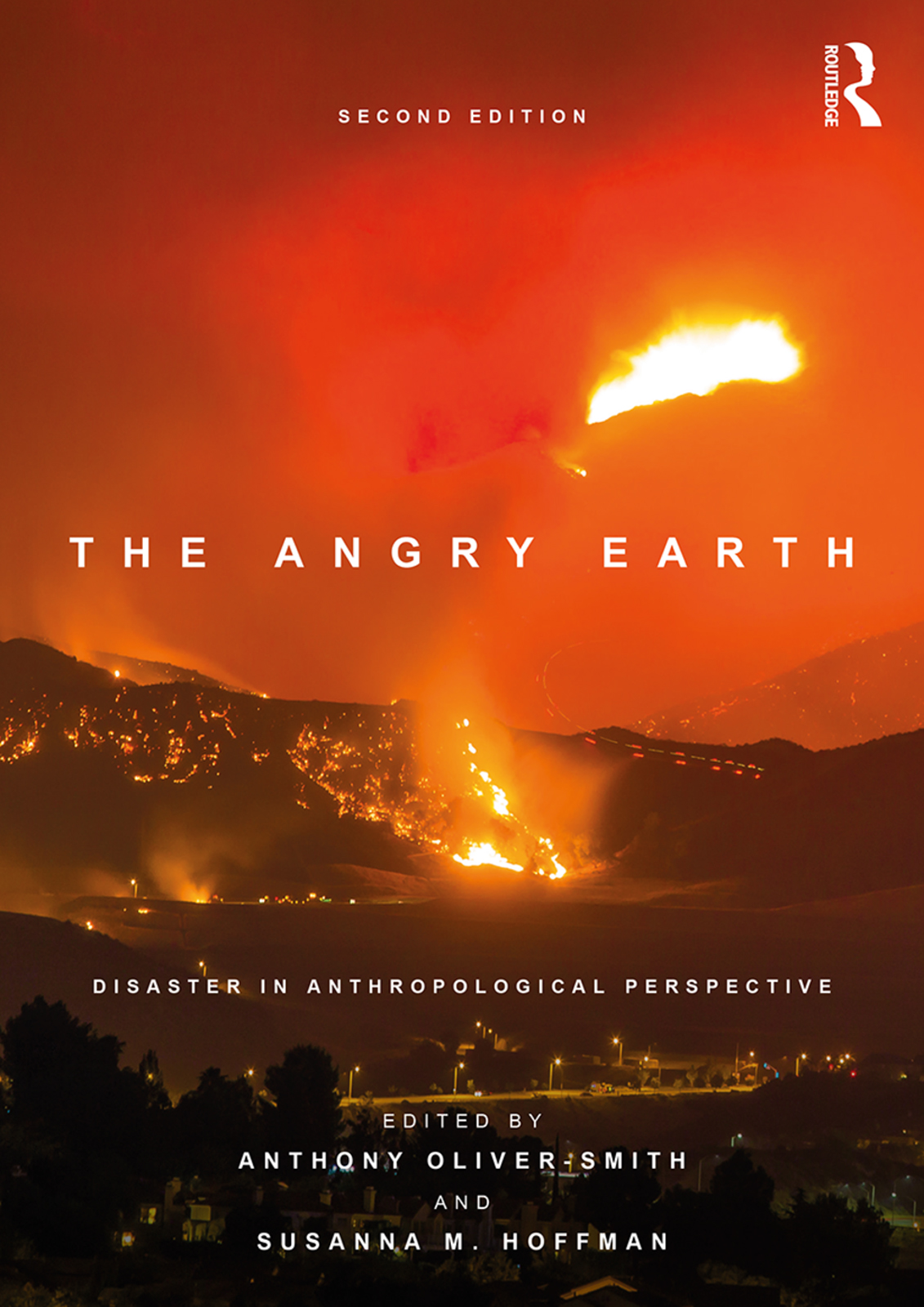 The Angry Earth explores how various cultures in different historical moments have responded to calamity, offering insight into the complex relationship between societies and their environments.

From hurricanes, floods, and earthquakes to oil spills and nuclear accidents, disasters triggered by both natural and technological hazards have become increasingly frequent and destructive across the planet. Through case studies drawn from around the globe the contributors to this volume examine issues ranging from the social and political factors that set the stage for disaster, to the cultural processes experienced by survivors, to the long-term impact of disasters on culture and society. In the second edition, each chapter has been updated with a postscript to reflect on recent developments in the field. There is also new material on key present-day topics including epidemics, drought, non-governmental organizations, and displacement and resettlement.

This book demonstrates the relevance of studying disaster from an anthropological perspective and is a valuable resource not only for anthropologists but for other fields concerned with education, policy and practice.

Introduction to the First Edition. Anthropology and the Angry Earth: An Overview (Susanna M. Hoffman and Anthony Oliver-Smith)

I. DISASTERS, ENVIRONMENT AND CULTURE

Postscript: Convergent Catastrophe: Past Patterns and Future Implications of Collateral natural Disaster in the Andres

Postscript: When the Natural Hazard Becomes a Cultural Disaster

III. THE CULTURAL CONSTRUCTION OF CATASTROPHE

Postscript: Vulnerability Then and Now

Postscript: Continued Disavowal and The Advent of Social Media

Postscript: Behind the States and Act Four: More to the Worst of Times, the Best of Times Model

Postscript: Recognizing the Diversity of Disaster Impacts: The Need for Response Protocols, Anticipation, and Human Rights

Postscript: Still With Us After all These Years; But Slowly Changing

Postscript: The Question of Culture Continuity and Change After a Disaster Twenty Years Later

Anthony Oliver-Smith is a professor emeritus in the Department of Anthropology at the University of Florida, USA. He has done anthropological research and consultation on issues relating to disasters and involuntary resettlement in Peru, Honduras, India, Brazil, Jamaica, Mexico, Japan, Panama, and the United States since the 1970s. His current work is concerned with climate change, disasters, displacement, and migration. He is a recipient of the Bronislaw Malinowski Lifetime Achievement Award given by the Society for Applied Anthropology.

is an internationally recognized expert on disaster. She is the author, co-author, and editor of twelve books, two ethnographic films, and more than forty articles and chapters. She initiated the Risk and Disaster Thematic Interest Group for the Society for Applied Anthropology, and is the founder and chair of the Risk and Disaster Commission for the International Union of Anthropology and Ethnographic Sciences. She was the first recipient of the Fulbright Foundation’s Aegean Initiative dealing with the Greek and Turkish earthquakes, and helped write the United Nations Statement on Women and Disasters. She is a frequent national and international speaker, and also serves on the Task Force on World Food Problems.