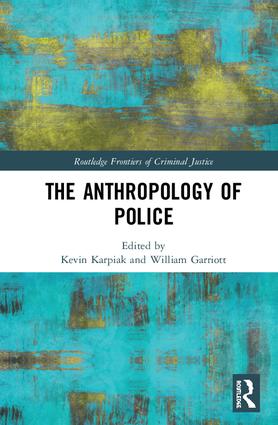 The Anthropology of Police

What are the potential contributions of anthropology to the study of police? Even beyond the methodological particularities and geographic breadth of cultural anthropology, there are a set of conceptual and analytical traditions that have much to bring to broader scholarship in police studies.

Including original and international contributions from both senior and emerging scholars, this pioneering book represents a foundational document for a burgeoning field of study: the anthropology of police. The chapters in this volume open up the question of police in new ways: mining the disciplinary legacies of anthropology in order to discover new conceptual tools, methods, and pedagogies; reworking relationships between "police," "public," and "researcher" in ways that open up new avenues for exploration at the same time as they articulate new demands; and retracing a hauntology that, through interactions with individuals and collectives, constitutes a body politic through the figure of police.

Illustrating the various ways that anthropology enables a reassessment of the police/violence relationship with a broad consideration of the human stakes at the center, this book will be of interest to criminologists, sociologists, anthropologists, and the broad interdisciplinary field invested in the study of policing, order-making, and governance.

Section I: Legacies and Lessons

3. Police Culture: What It Is, What It Does, and What We Should Do With It (Jeffrey T. Martin)

4. Policing Shit; or, Whatever Happened to the Medical Police? (Matthew Wolf-Meyer)

5. Practice in the Anthropology of Policing: Building the Base of Practice (Jennie M. Simpson)

7. "The Boys with Blue Eyes": An Anthropology of a Secret Police (Katherine Verdery)

13. The Good Police Offer: Ambivalent Intimacies with the State in the Greek Asylum Procedure (Heath Cabot)

Kevin G. Karpiak is Associate Professor in the Department of Sociology, Anthropology and Criminology at Eastern Michigan University. His work focuses on policing as a useful nexus for exploring questions in anthropology, politics, and ethics. He serves as the General Editor of the group academic blog Anthropoliteia and co-editor of the Cornell University Press monograph series Police/Worlds: Studies in Security, Crime and Governance.

William Garriott is Associate Professor in the Law, Politics, and Society program at Drake University. The focus of his current research and teaching is the relationship between law, crime, and criminal justice, broadly conceived, with specific interest in drugs, addiction, policing, and governance.