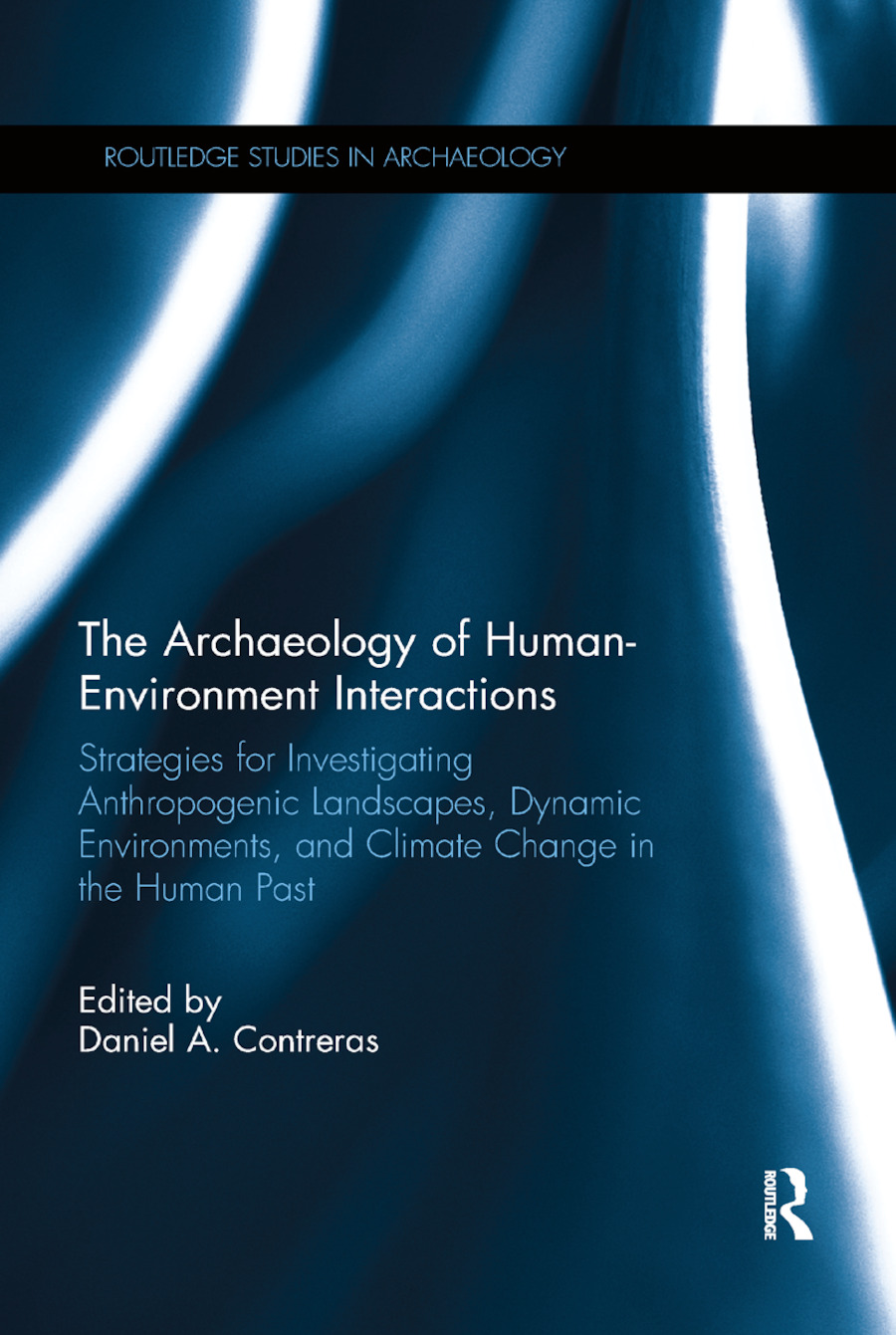 The Archaeology of Human-Environment Interactions

Strategies for Investigating Anthropogenic Landscapes, Dynamic Environments, and Climate Change in the Human Past, 1st Edition

The impacts of climate change on human societies, and the roles those societies themselves play in altering their environments, appear in headlines more and more as concern over modern global climate change intensifies. Increasingly, archaeologists and paleoenvironmental scientists are looking to evidence from the human past to shed light on the processes which link environmental and cultural change. Establishing clear contemporaneity and correlation, and then moving beyond correlation to causation, remains as much a theoretical task as a methodological one.

This book addresses this challenge by exploring new approaches to human-environment dynamics and confronting the key task of constructing arguments that can link the two in concrete and detailed ways. The contributors include researchers working in a wide variety of regions and time periods, including Mesoamerica, Mongolia, East Africa, the Amazon Basin, and the Island Pacific, among others. Using methodological vignettes from their own research, the contributors explore diverse approaches to human-environment dynamics, illustrating the manifold nature of the subject and suggesting a wide variety of strategies for approaching it. This book will be of interest to researchers and scholars in Archaeology, Paleoenvironmental Science, Ecology, and Geology.

1. Correlation is Not Enough – Building Better Arguments in the Archaeology of Human-Environment Interactions

2. Convergence and Divergence as Problems of Explanation In Land Use Histories - Two Mexican Examples

Aleksander Borejsza and Arthur A. Joyce

3. From the river to the fields: the contribution of micromorphology to the study of hydro-agrosystems in semi-arid environments (Phoenix, Arizona)

Daniel A. Contreras and Cheryl Makarewicz

5. Human-Environment Interactions through the Epipalaeolithic of Eastern Jordan

6. Living on the Edge: Pre-Columbian Habitation of the Desert Periphery of the Chicama Valley, Perú

7. A fine-grained analysis of terra preta formation: understanding causality through microartifactual and chemical indices in the Central Amazon

8. External Impacts on Internal Dynamics: Effects of Paleoclimatic and Demographic Variability on Acorn Exploitation along the Central California Coast

Daniel A. Contreras is an archaeologist focused on human-environment interactions in the past, particularly anthropogenic and geomorphic components of dynamic landscapes and environmental change. He pursues these interests in contexts ranging from complex polities in Andean South America and Mesoamerica to early Neolithic societies experimenting with domestication and village life in Southwest Asia. He is currently a LabEx OT-Med postdoctoral researcher in the Institut Méditerranéen de Biodiversité et d’Ecologie (IMBE) and Groupement de recherche en économie quantitative d’Aix-Marseille (GREQAM) at Aix-Marseille Université.