The Archaic
The Past in the Present 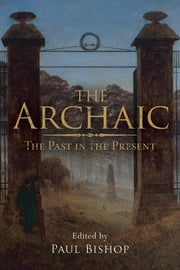 The Archaic: The Past in the Present

The Archaic takes as its major reference points C.G. Jung's classic essay, 'Archaic Man' (1930), and Ernesto Grassi's paper on 'Archaic Theories of History' (1990). Moving beyond the confines of a Jungian framework to include other methodological approaches, this book explores the concept of the archaic.

Defined as meaning 'old-fashioned', 'primitive', 'antiquated', the archaic is, in fact, much more than something very, very old: it is timeless, inasmuch as it is before time itself. Archē, Urgrund, Ungrund, 'primordial darkness', 'eternal nothing' are names for something essentially nameless, yet whose presence we nevertheless intuit.

This book focuses on the reception of myth in the tradition of German Idealism or Romanticism (Creuzer, Schelling, Nietzsche), which not only looked back to earlier thinkers (such as Jacob Boehme) but also laid down roots for developments in twentieth-century thought (Ludwig Klages, Martin Heidegger). The Archaic also includes:

This book will be of interest to psychoanalysts, anthropologists and phenomenologists, as well as students of psychology, cultural studies, religious studies, and philosophy, as it seeks to rehabilitate a concept of demonstrable and urgent relevance for our time.

Part I: Bishop, Introduction: A Brief History of the Archaic. Grassi, 'Archaic Theories of History': Thucydides, Hesiod, Pindar: The Originary Character of Language. Kozljanič, Genius Loci and the Numen of a Place: A Mytho-phenomenological Approach to the Archaic. Cardew, The Archaic and the Sublimity of Origins. Bambach, The Idea of the Archaic in German Thought: Creuzer – Bachofen – Nietzsche – Heidegger. Part II: Jung, Archaic Man. Segal, Jung and Lévy-Bruhl. Rowland, Jung Performing the Archaic: Response to 'Jung and Lévy-Bruhl.' Bishop, The Archaic: Timeliness and Timelessness.

Paul Bishop is Professor of German at the University of Glasgow. His previous publications include Analytical Psychology and German Classical Aesthetics, 2 vols (Routledge, 2007-2008) and Jung’s "Answer to Job": A Commentary (Routledge, 2002). 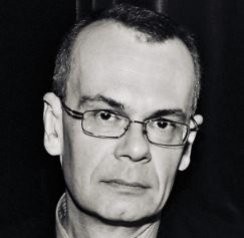 "This much-needed book should go a long way both toward the exploration of the various understandings of the concept of the archaic throughout history, and towards eliciting attention to its significance and relevance for our time. It is a fascinating, outstandingly written collection of individual essays, published under the flawless editorship of Paul Bishop... With fine thinking and writing, polished editing and extensive notes, this is indeed an impressive and useful book... The book is not only a journey through the history of an idea but one of self-discovery too." - Teodora Velletri, University of Essex, UK in Religion