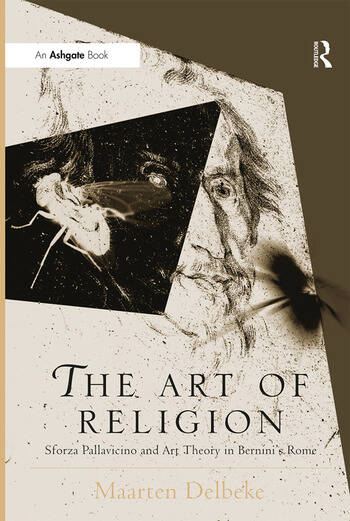 The Art of Religion: Sforza Pallavicino and Art Theory in Bernini's Rome

Bernini and Pallavicino, the artist and the Jesuit cardinal, are closely related figures at the papal courts of Urban VIII and Alexander VII, at which Bernini was the principal artist. The analysis of Pallavicino's writings offers a new perspective on Bernini's art and artistry and allow us to understand the visual arts in papal Rome as a 'making manifest' of the fundamental truths of faith. Pallavicino's views on art and its effects differ fundamentally from the perspective developed in Bernini's biographies offering a perspective on the tension between artist and patron, work and message. In Pallavicino's writings the visual arts emerge as being intrinsically bound up with the very core of religion involving questions of idolatry, mimesis and illusionism that would prove central to the aesthetic debates of the eighteenth century.

Contents: Preface; Introduction: art theory in Bernini's Rome; Sforza Pallavicino and Roman baroque; The pope, the bust, the sculptor and the fly; Art as revelation: the revelation of art; The image of the pope; The composite work; Sacred art; Conclusion: Sforza Pallavicino and art theory in Bernini's Rome; Bibliography; Index.

'... we owe a scholarly debt of gratitude to Delbeke for having undertaken with such success the herculean task of retrieving and analyzing the art theory of one of the most prominent intellectuals of Seicento Italy. This book will be an important point of reference for all future discussions of art theory in Bernini’s Rome.' Renaissance Quarterly

'Delbeke marshals an impressive variety and range of Italian and French sources for his arguments. His engaging and complex book is a major addition to the literature of early modern art theory. In a time when “neo-baroque” style in art, design, and fashion relies on the most generalized and hackneyed idea of “the baroque,” Delbeke presents the sophistication and nuances of art and theory in seventeenth-century Italy.' CAA Reviews

'The book is a refreshing antidote to the fetishization of Caravaggio, on the one hand, and the Roman classicists, on the other. It is a masterful demonstration of the ways in which the sources and techniques of intellectual history can be used to illuminate the history of art.' Catholic Historical Review

'This exciting and elegant book is like nothing else to have appeared thus far in English concerning the epicenter of Baroque art, namely Bernini's Rome. Delbeke shows us how art theory works in early modernity, by examining the discourses and practices of seventeenth-century Rome through the lens of one of the most prominent figures of the age, Sforza Pallavicino, who was a philosopher, theologian and strikingly innovative aesthetic thinker whose ideas have surprisingly strong links with the aesthetic philosophy of the eighteenth century to come. Many major and minor players on the Roman stage-from Urban VIII and Alexander VII to Giovanni Ciampoli and Bernini himself-fill the pages of this beautifully composed book. Offering an invaluable guide to the intellectual ferment of the Seicento in the Eternal City, this is at once a work of theory and cultural history of a high order, and should be of interest to anyone who has ever fallen under the seductive sway of the Baroque.' Jon R. Snyder, University of California, Santa Barbara, USA