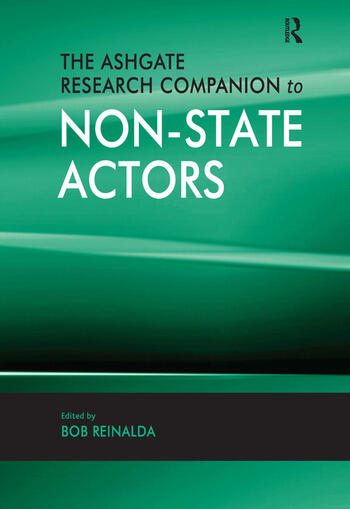 How do non-state actors matter in international relations? This volume recognizes three types of non-state actor: non-governmental organizations (NGOs), intergovernmental organizations (IGOs) and transnational corporations. It illustrates how they play roles alongside nation-states and are interrelated in matters of international regulation and coordination. After an introductory part on current qualitative and quantitative sources, this comprehensive collection of state-of-the-art essays is comprised of four main thematic parts: Part II examines actors other than governments, such as transnational religious actors, business representatives and experts, and also parliamentarians and agencies set up by IGOs. Part III studies the perceptions and understandings in political philosophy, international law and international relations theory. It questions concepts used (civil society, NGO, governance) and covers the limitations to be kept in mind. Part IV analyses the nature and impact of non-state actors. Chapters discuss processes within international bureaucracies (diplomacy, dynamism, bureaucratic power, contribution to democracy) and the quintessence of deliberation and decision making within NGOs and IGOs and of implementation, accountability and dispute settlement. Part V studies specific worlds of non-state actors: humanitarian aid, human rights, security, the North-South divide, health, trade and environment. Accessible and articulately written, The Ashgate Research Companion to Non-State Actors is aimed at a wide readership of scholars and practitioners in international relations.

'A wide-ranging state of the art assessment by European and North American academics on non-state actors. The articles on IGOs, NGOs and TNCs are theoretically grounded and steeped in politics. A sophisticated addition to the topic, the book will guide future research.' Karen Mingst, University of Kentucky, USA 'One of the most comprehensive and thorough reference works available on the power, politics and impact of NGOs, IGOs and TNCs in world affairs. Reinalda has masterfully organized the contributions of over 40 of the world’s top scholars on the hottest topic in international relations today. No scholar, practitioner or serious student of international relations should be without this indispensable guide to the complex world of non-state actors.' James P. Muldoon, Jr., Rutgers University-Newark, USA 'The spread and influence of non-state actors in the international system keeps on growing. But they are poorly understood, as their diversity makes them elusive. This invaluable and comprehensive Research Companion, drawing on a wide range of expertise, reveals non-state actors in all their variety and sheds new light on their operation and impact.' Nicholas Bayne, London School of Economics and Political Science, UK ’This Ashgate Research Companion series is designed to provide up-to-date, state-of-the-art reviews of a topic and its associated important literature... Some 42 experts wrote 34 chapters, and the viewpoint is very internationally oriented, instead of being focused on just one country’s experiences. The chapters each have one further suggested reading, but there is a more extensive 65-page bibliography at the end of the collection for all of the works mentioned in the essays... This high-level work is not for the reference shelves, but instead belongs in the general circulating collection of university libraries. It will be of most use to policy specialists, academics, and graduate students. Faculty should be notified of its availa