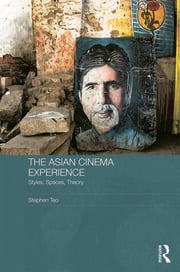 This book explores the range and dynamism of contemporary Asian cinemas, covering East Asia (China, Japan, South Korea, Hong Kong, Taiwan), Southeast Asia (Thailand, Singapore, Malaysia), South Asia (Bollywood), and West Asia (Iran), in order to discover what is common about them and to engender a theory or concept of "Asian Cinema". It goes beyond existing work which provides a field survey of Asian cinema, probing more deeply into the field of Asian Cinema, arguing that Asian Cinema constitutes a separate pedagogical subject, and putting forward an alternative cinematic paradigm. The book covers "styles", including the works of classical Asian Cinema masters, and specific genres such as horror films, and Bollywood and Anime, two very popular modes of Asian Cinema; "spaces", including artistic use of space and perspective in Chinese cinema, geographic and personal space in Iranian cinema, the private "erotic space" of films from South Korea and Thailand, and the persistence of the family unit in the urban spaces of Asian big cities in many Asian films; and "concepts" such as Pan-Asianism, Orientalism, Nationalism and Third Cinema. The rise of Asian nations on the world stage has been coupled with a growing interest, both inside and outside Asia, of Asian culture, of which film is increasingly an indispensable component – this book provides a rich, insightful overview of what exactly constitutes Asian Cinema.