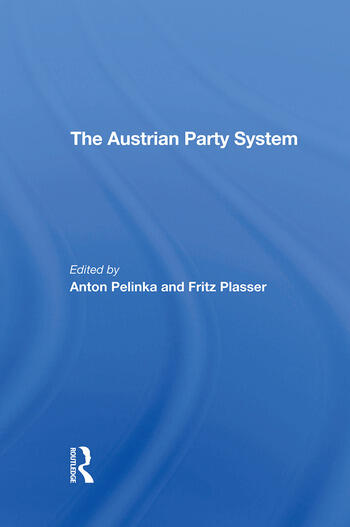 First published in 1989. Political science in Austria is a relatively young discipline. It began to gradually establish itself in the 60's and only as recently as 1971 was it anchored in the curriculum of Austrian universities as a separate field of study. With the present book in English the editors hope to stimulate the interest of international social scientists in Austria, to overcome language barriers, and to make the topical problems and developments of Austrian democracy accessible to an international reading public. The book is intended to reflect the current state of a discipline-political science. However, it is also to be a contribution to the further development of this discipline. It should stimulate further, intensive and critical occupation with the theme "parties and the party system in Austria."

Anton Pelinka is professor of political science at Innsbruck University and director of the Institute of Conflict Research in Vienna.