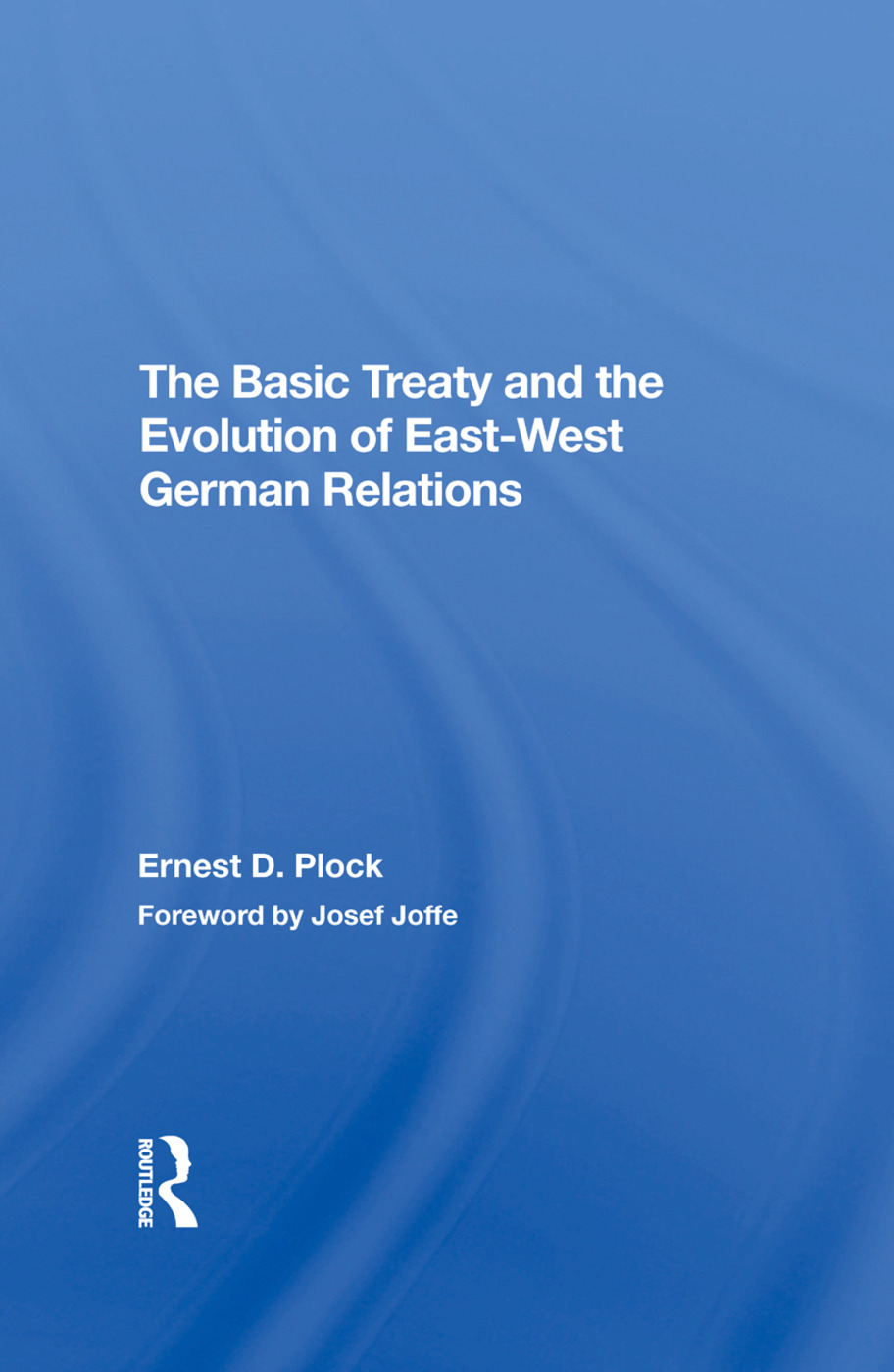 The Basic Treaty And The Evolution Of Eastwest German Relations

The Basic Treaty between the Federal Republic of Germany (FRG) and the German Democratic Republic (GDR) for the first time provided a framework for the exchange of permanent missions and laid the foundation for expanded bilateral cooperation between the two German states. This book charts the progress of inner-German relations in the formative years of the 1970’s and explains how the revival of the German question in the l980's followed from striking changes in East and West German priorities and policies. Dr. Plock assesses the degree of practical cooperation in such areas as trade, travel, and the exchange of media representatives and also identifies the impact of Soviet interests on the inner-German relationship. Dr. Plock notes that despite a clear upgrading in FRG-GDR relations under Chancellors Willy Brandt and Helmut Schmidt, inner-German progress continues to be hostage to the overall East-West political and security climate. Yet the author sees a bipartisan West German commitment to partnership with the GDR as well as East Berlin's pragmatic approach to the relationship as stabilizing features of the European political landscape, even though the goals of future "Deutschlandpolitik" will continue to remain ill-defined.

Ernest D. Plock received his Ph.D. in international studies from The American University, Washington, D.C., where he was instructor of several world politics courses and a lecturer on West German domestic and foreign policy. Dr. Plock is currently employed by the International Trade Administration of the U.S. Department of Commerce.