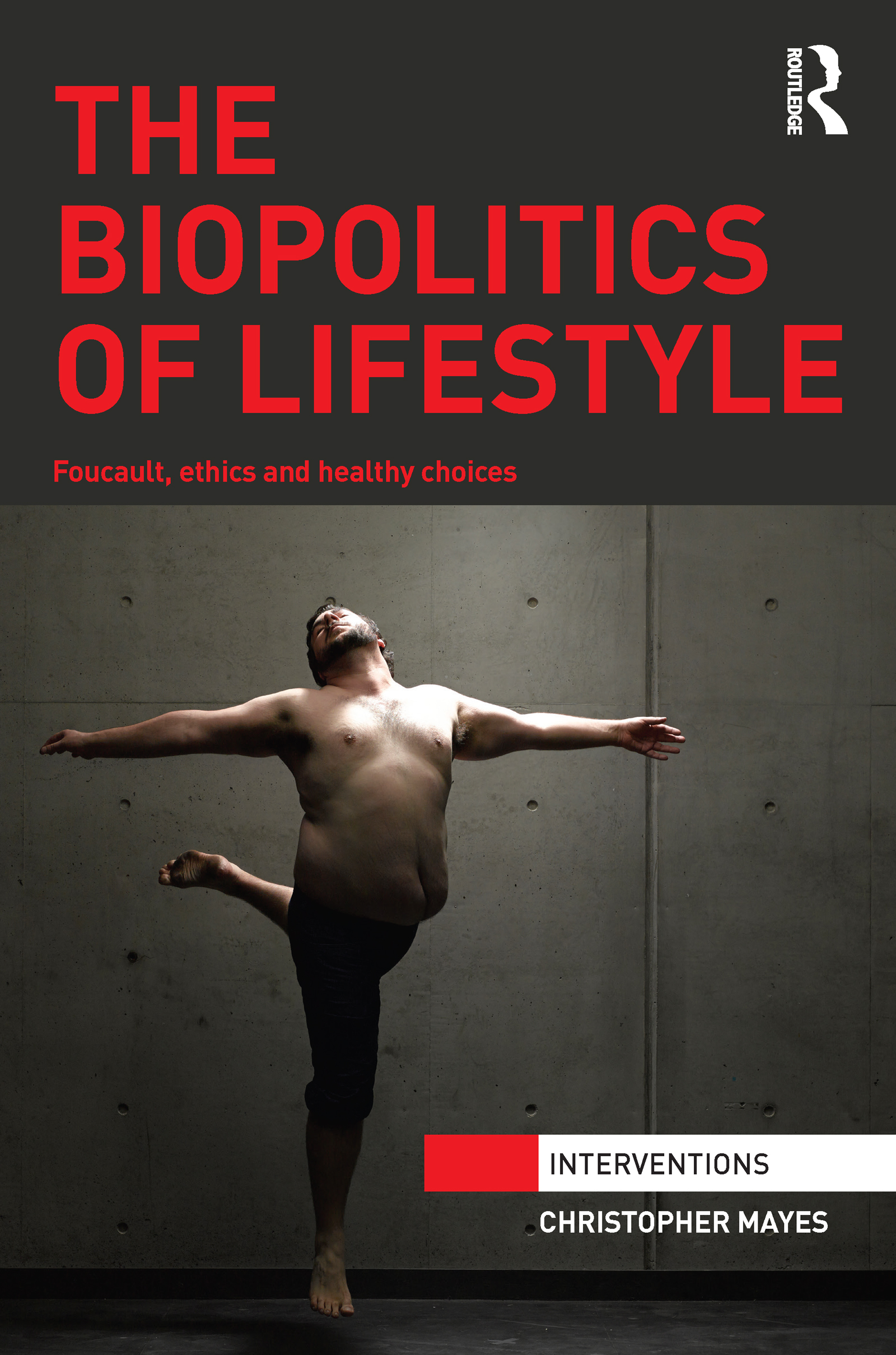 The Biopolitics of Lifestyle

A growing sense of urgency over obesity at the national and international level has led to a proliferation of medical and non-medical interventions into the daily lives of individuals and populations. This work focuses on the biopolitical use of lifestyle to govern individual choice and secure population health from the threat of obesity. The characterization of obesity as a threat to society caused by the cumulative effect of individual lifestyles has led to the politicization of daily choices, habits and practices as potential threats. This book critically examines these unquestioned assumptions about obesity and lifestyle, and their relation to wider debates surrounding neoliberal governmentality, biopolitical regulation of populations, discipline of bodies, and the possibility of community resistance.

The rationale for this book follows Michel Foucault’s approach of problematization, addressing the way lifestyle is problematized as a biopolitical domain in neoliberal societies. Mayes argues that in response to the threat of obesity, lifestyle has emerged as a network of disparate knowledges, relations and practices through which individuals are governed toward the security of the population’s health. Although a central focus is government health campaigns, this volume demonstrates that the network of lifestyle emanates from a variety of overlapping domains and disciplines, including public health, clinical medicine, media, entertainment, school programs, advertising, sociology and ethics.

This book offers a timely critique of the continued interventions into the lives of individuals and communities by government agencies, private industries, medical and non-medical experts in the name of health and population security and will be of interests to students and scholars of critical international relations theory, health and bioethics and governmentality studies.

"What is especially productive in Biopolitics of Lifestyle is the clever disavowal of worn debates about the ethicality of, or personal responsibility for, fatness. Instead, Mayes reveals what he calls an “enabling network,” or intersections of knowledge, power, and subjectivity, which renders people who are supposedly harmful to society visible and governable. The enabling network makes “obesity” a major social, political, and economic problem, locates responsibility for harms caused by fatness in individuals, and simultaneously hides structural forces that contribute to corpulence… those without particular interest in fat studies but who employ the work of Foucault will be keen to see the innovative examinations of biopolitics in this book. In attracting diverse readers of Foucault, I hope the book will push them to question their own conscious or subconscious participation in weightism."

Introduction - The Lifestyle Problematic Chapter 1 - Obesity, bioethics and the lifestyle dispositif Chapter 2 - Lifestyle as Politics: Choice and Responsibility Chapter 3 - Lifestyle as Health: Articulating an ‘Urgent Need’ Chapter 4 - Lifestyle as Identity: Consumption and the Ethics of the Self Chapter 5 - A Cacophony of Guidance: Hearing, Seeing and Judging Choices Chapter 6 - Styles of Resistance: The Body, Counter-Conduct and Critique Chapter 7 - Relations of Care: Restless and Endless Transformation Conclusion - Style, Solidarity and Security

Christopher Mayes is a Postdoctoral Research Fellow at the Centre for Values, Ethics and the Law in Medicine (VELiM).