The Bush Leadership, the Power of Ideas, and the War on Terror 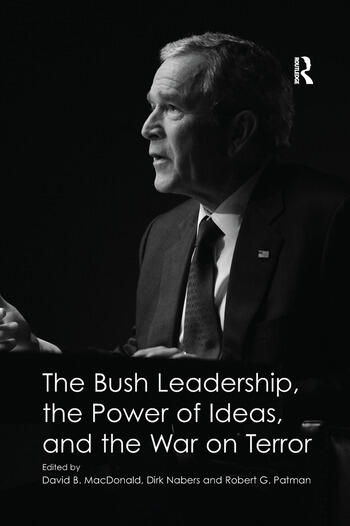 The Bush Leadership, the Power of Ideas, and the War on Terror

Foreign policy success or failure is often attributed to the role of leadership. This volume explores the relationship between President George W. Bush's leadership, the administration's stated belief in the power of ideas (and the ideas of power) and its approach to the war on terror. Drawing on the international expertise of ten American foreign policy and security specialists, this incisive and timely book combines theoretical perspectives on political leadership with rigorous empirical analysis of selected aspects of the Bush administration's post 9/11 foreign policy. As a result, this book sheds considerable light not just on the limited impact of President Bush's war on terror strategy, but also, more importantly, on why key ideas underpinning the strategy, such as US global primacy and pre-emptive war, largely failed to gel in a globalizing world.

'This book is a thematically tightly integrated, timely contribution to our understanding of American foreign policy after 9/11. An excellent set of chapters advance our understanding of political leadership, the power of ideas, ideas of power, and the war on terror. The three editors have put together a set of first-rate essays that will be of great interest to both scholars and students.' Peter J. Katzenstein, Cornell University, USA 'These important essays shed light on the complex relationship between power, ideas, and leadership. After careful analysis of the Bush years, the editors show conclusively that no country, however large, can ignore the power of ideas if it wants to be an effective leader.' Joseph S. Nye, University Distinguished Service Professor, Harvard, and author of The Future of Power