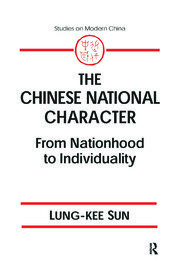 This unique survey of the evolution of the modern Chinese national character incorporates a rich blend of history and theory as well as nation, gender, and film studies. It begins with the dawn of the concept of "nation" in China at the end of the Imperial period, and follows its development from early Republican China to the present People's Republic, drawing on themes of national identity, "Orientalness," racial evolution and purity, cultural and gender roles, regional animosities, historical impediments, and more. The book also takes up the changing American perceptions of Chinese personality development and gender, using materials from American popular culture.

Incorporating recent findings by leading Southwest scholars as well as original research, this book takes a fresh new look at the history of Spanish missions in northern Mexico/the American Southwest during the 17th and 18th centuries. Far from a record of heroic missionaries, steadfast soldiers, and colonial administrators, it examines the experiences of the natives brought to live on the missions, and the ways in which the mission program attempted tc change just about every aspect of indigenous life. Emphasizing the effect of the missions on native populations, demographic patterns, economics, and socio-cultural change, this path-breaking work filis a major gap in the history of the Southwest.