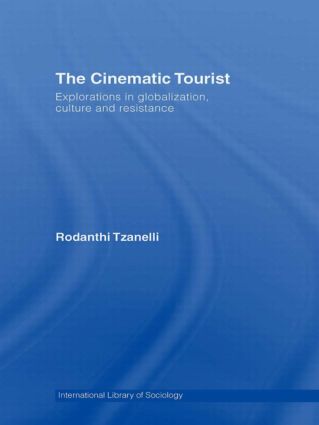 Recent years have seen a radical transformation of conventional tourist marketing and experience. The use of exotic locations in Hollywood films has allowed global audiences to enjoy distant places. Simultaneously, Hollywood screening of potential 'tourist paradises' has generated new tourist industries around the world. This book takes a closer look at this new phenomenon of 'cinematic tourism', combining theory with case studies drawn from four continents: America, Europe, Asia and Australasia.

The author explores audiences' perceptions of film and their covert relationship with tourist advertising campaigns, alongside the nature of newly-born tourist industries and the reaction of native populations and nation-states faced with the commodification of their histories, identities and environments.

'Because of its multidisciplinary approach, which draws upon historical studies, social theory, moral economy, critical and cultural geography, anthropology and media studies, the book will surely interest different audiences. Students and scholars willing to explore the intricacies of late modernity will find in The Cinematic Tourist a wealth of stimulating theoretical insights and empirical data.'

-Giovanni Porfido,University of Birmingham, in Sociology vol 44 no 4 p787-789

1. The World of Signs: Production as Consumption/Consumption as Production 2. Pitfalls of the ‘Tourist Gaze’: Ecotourist Dialogues and the Politics of Global Resistance 3. ‘National Elf Services’: Organized Capitalism as Resistance 4. Corelli Goes to Hollywood: Crypto-Colonial Histories and Local Resistance 5. ‘Welcome to the Land of Salsa’: Lifestyle and the Curse of Orientalism 6. Farewell to Authenticity? Capitalist/Cultural Hegemony and the Structure of Resistance