The Circular Economy
A User's Guide 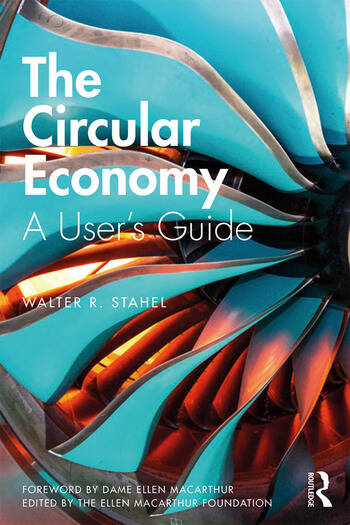 The Circular Economy: A User's Guide

A Circular Economy seeks to rebuild capital, whether this is financial, manufactured, human, social or natural, and offers opportunities and solutions for all organisations. This book, written by Walter Stahel, who is widely recognised as one of the key people who formulated the concept of the Circular Economy, is the perfect introduction for anyone wanting to quickly get up to speed with this vitally important topic for ensuring sustainable development. It sets out a new framework that refines the concept of a Circular Economy and how it can be applied at industrial levels.

This concise book presents the key themes for busy managers and policymakers and some of the newest thinking on the topic of the Circular Economy from one of the leading thinkers in the field. Practical examples and case studies with real-life data are used to elucidate the ideas presented within the book.

Introduction 1. Circularity, Sustainability and Labour in the Circular Economy 2. The Circular Industrial Economy: New Opportunities in Changing from Producing Objects to Producing Services 3. The Loop of Stocks of Physical Objects: The Era of ‘R’ 4: The Loop of Stocks of Materials: The Era of ‘D’ 5. The Significance of the Point of Sale or Factory Gate 6. The Invisible Liability Loop and the Role of Policy 7. The Performance Economy 8. Radical Innovation: Injecting Innovative Ideas, Systems, Components and Materials into the Stocks 9. The Circular Economy: Roots, Context and Outlook

Walter R. Stahel is the Founder-Director of the Product-Life Institute (Switzerland), the oldest established consultancy in Europe devoted to developing sustainable strategies and policies. He is Visiting Professor in the Department of Engineering and Physical Sciences, University of Surrey, and a full member of the Club of Rome. He was awarded degrees of Doctor honoris causa by the University of Surrey (2013) and l’Université de Montréal (2016).

"There are no limits to stupidity. This is the only way to explain the utterly wasteful economy we live in. If the world had had the courage to listen to Walter Stahel long ago, the linear production model would long be gone in favour of circular material flows. His most recent book is a wonderful introduction into the Performance Economy and an economy in the service of life."

Anders Wijkman, Chairman Climate-KIC and Honorary President of the Club of Rome.

"Walter, one of the 'fathers' of the circular economy concept, makes crystal-clear that we need a cultural shift, moving us from ownership to stewardship. This book will serve students as much as decision makers to understand the CIE concepts, its mode of operations based on nodes of industrial relations and its advantages for society."

"Lots of questions concerning circular economy need more convincing answers. But one thing is certain - when a book is written by Walter and edited by Ellen McArthur Foundation, it is a must-read. Walter was a pioneer with a vision well ahead of the rest of us, and who understood the importance of the concept and introduced it into the world of policy making."