The City in the Muslim World
Depictions by Western Travel Writers 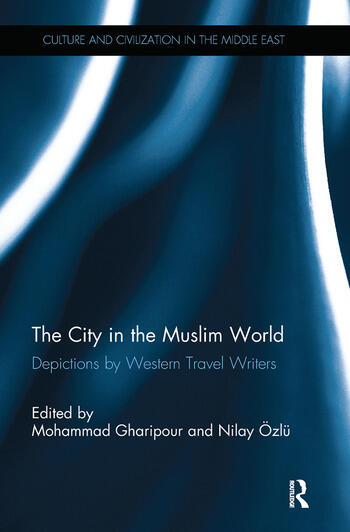 The City in the Muslim World: Depictions by Western Travel Writers

Presenting a critical, yet innovative, perspective on the cultural interactions between the "East" and the "West", this book questions the role of travel in the production of knowledge and in the construction of the idea of the "Islamic city".

This volume brings together authors from various disciplines, questioning the role of Western travel writing in the production of knowledge about the East, particularly focusing on the cities of the Muslim world. Instead of concentrating on a specific era, chapters span the Medieval and Modern eras in order to present the transformation of both the idea of the "Islamic city" and also the act of traveling and travel writing. Missions to the East, whether initiated by military, religious, economic, scientific, diplomatic or touristic purposes, resulted in a continuous construction, de-construction and re-construction of the "self" and the "other". Including travel accounts, which depicted cities, extending from Europe to Asia and from Africa to Arabia, chapters epitomize the construction of the "Orient" via textual or visual representations. By examining various tools of representation such as drawings, paintings, cartography, and photography in depicting the urban landscape in constant flux, the book emphasizes the role of the mobile individual in defining city space and producing urban culture.

Scrutinising the role of travellers in producing the image of the world we know today, this book is recommended for researchers, scholars and students of Middle Eastern Studies, Cultural Studies, Architecture and Urbanism.

Introduction 1 Mobile Urbanism: Tent Cities in Medieval Travel Writing Mohammad Gharipour and Manu Sobti 2 Understanding the City Through Traveller’s Tales: Cairo as Seen and Experienced by Two Fourteenth-Century Italians Felicity Ratte 3 Where Is the Greatest City in the East? The Mughal City of Lahore in European Travel Accounts (1556–1648) Mehreen Chida-Razvi 4 The Image of the City: Public Baths and Urban Space in Western Travellers’ Descriptions of Ottoman Sofia Stefan Peychev 5 Cultural Encounters between Europeans and Arabs: Carsten Niebuhr’s Reflections on Cities of the Islamic World (1761–1767) Jørgen Mikkelsen 6 Western Eyes on Jannina: Foreign Narratives of a City Recorded in Texts and Images (1788–1822) Renia Paxinou 7 Single P(a)lace, Multiple Narratives: The Topkapi Palace in Western Travel Accounts from the Eighteenth to the Twentieth Century Nilay Özlü 8 Tensions and Interactions: Muslim, Christian and Jewish Towns in Palestine Through European Travellers’ Accounts (Eighteenth–Twentieth Century) Valérie Géonet 9 In and Out of the Frame: Finnish Painters Discovering Tunisia Marie-Sophie Lundström 10 "The Orient Veneered in the Occident": Naserid Tehran in the Eyes of European Travellers Mohammad R. Shirazi 11 No Place for a Tourist: Imagining Fez in the Burton Holmes Travelogue Michelle Craig 12 Turkey’s Challenge to the Occident: British Views of Republican Ankara Davide Deriu

Mohammad Gharipour is Associate Professor at the School of Architecture and Planning at Morgan State University in Baltimore, USA. He is the author of Persian Gardens and Pavilions: Reflections in Poetry, Arts and History (2013), editor of Bazaar in the Islamic City (2012), co-editor of Calligraphy and Architecture in the Muslim World (2013), and editor of Sacred Precincts: The Religious Architecture of Non-Muslim Communities across the Islamic World (2014). Gharipour is the director and founding editor of the International Journal of Islamic Architecture.

Nilay Özlü is an architect with Master’s in the History and Theory of Architecture and a MBA from the University of San Francisco. Currently, she is a PhD candidate at the Bosphorus University, Department of History and writes for art, architecture, and history journals. Her topics of interests include urban theory, museology, visual culture and critical architectural theory.