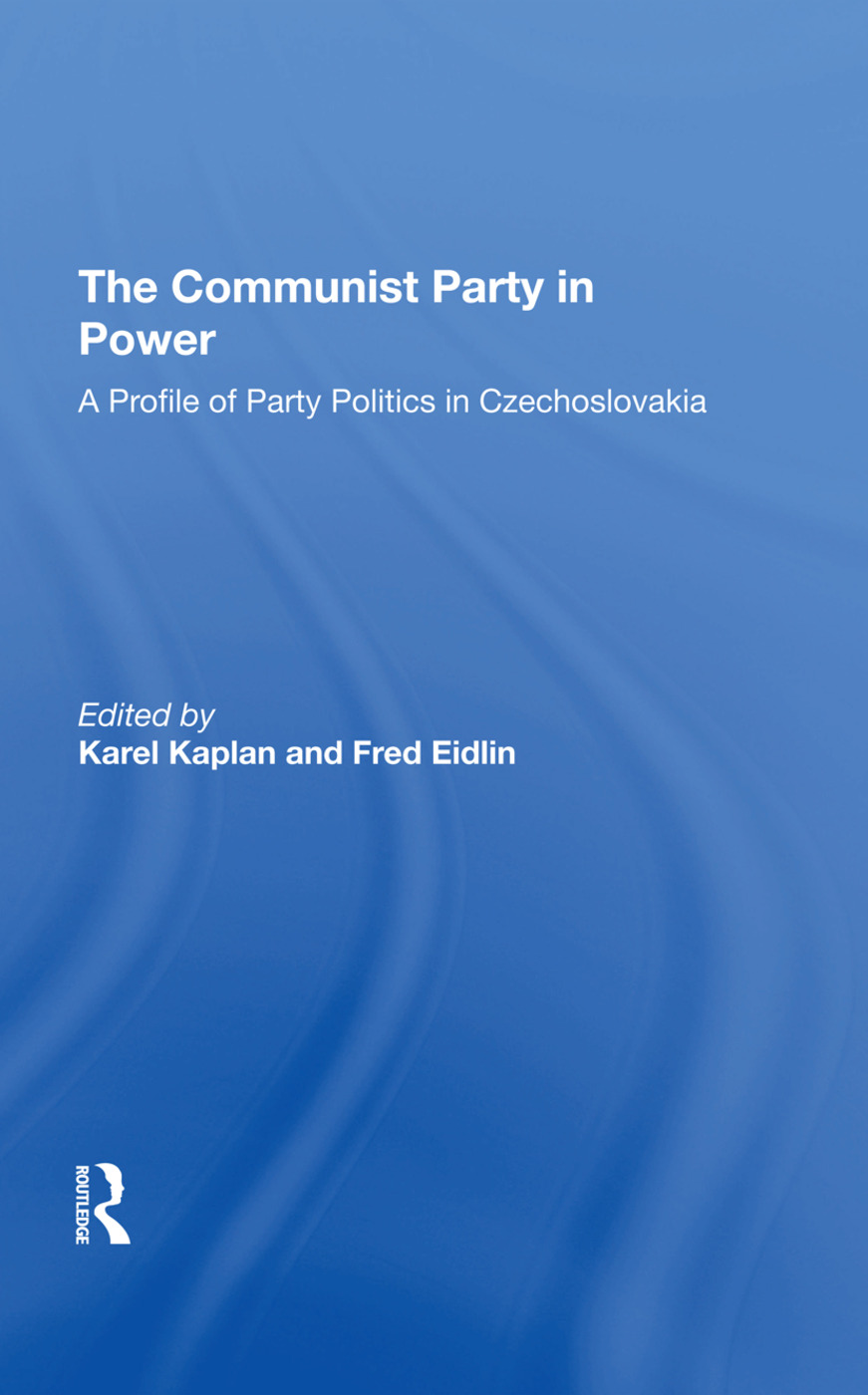 The Communist Party In Power

A Profile Of Party Politics In Czechoslovakia, 1st Edition

The aim of this book is simple. It seeks to describe the main features of the internal life and functioning of a communist party. It reflects both the results of a historian's research and the long years of experience of a communist official and party apparatchik.

List of Tables and Figures -- Preface -- Introduction /Fred Eidlin -- 1 Institutions Without Power -- 2 The System of Power Groups -- 3 The Party Apparat -- 4 The Party Aktiv -- 5 External Influences -- Instead of a Conclusion -- Appendixes -- About the Editor -- Index.

Fred Eidlin is associate professor in the Department of Political Studies at the University of Guelph (Ontario, Canada). He studied at Dartmouth College, l'lnstitut d'Etudes Politiques de l'Université de Paris, Freie UniversitÃ¤t Berlin, and Indiana University and received his doctorate in political science from the University of Toronto. From late 1968 to late 1969 he was a researcher specializing in Czechoslovak affairs at Radio Free Europe in Munich. He is the author of The Logic of â€˜Normalization': The Soviet Intervention in Czechoslovakia of 21 August 1968 and the Czechoslovak Response, as well as numerous papers and articles on Czechoslovak politics, problems in the study of Soviet-type regimes, and problems of social and political inquiry. He has edited Constitutional Democracy: Essays in Comparative Politics and the Newsletter for Those Interested in the Philosophy of Karl Popper and cotranslated Ota Sik's For A Humane Economic Democracy.