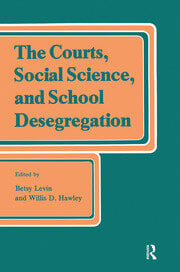 This book surveys the legal issues confronting courts as they decide school desegregation cases, and the extent to which social science research has been brought to bear on those issues. It examines the relationship between school segregation and residential segregation.