In the mid-1990s, the NYPD created a performance management strategy known as Compstat. It consisted of computerized data, crime analysis, and advanced crime mapping coupled with middle management accountability and crime strategy meetings with high-ranking decision makers. While initially credited with a dramatic reduction in crime, questions quickly arose as to the reliability of the data.

The Crime Numbers Game: Management by Manipulation brings together the work of two criminologists—one a former NYPD captain—who present the first in-depth empirical analysis of this management system—exposing the truth about crime statistics manipulation in the NYPD and the repercussions suffered by crime victims and those who blew the whistle on this corrupt practice.

Providing insider insight into a system shrouded in secrecy, this volume:

Presenting a story of police reform gone astray, this book stunningly demonstrates how integrity succumbed to a short-term numbers game, casting a cloud on the department from which we can only hope it will emerge.

For more information, check out the authors' blog, Unveiling Compstat, at blogspot.com and their website.

Eterno and Silverman’s work in this book was cited in the article The Truth About Chicago’s Crime Rates: Part 2 in the June 2014 issue of Chicago magazine.

The Authors in the News

The authors' studies on crime were featured in a November 1, 2010 New York Times article and their comments were published on the editorial page.

Their work was also cited in a November 30, 2010 Uptowner article about police manipulation of crime statistics.

Silverman and Eterno described a proposed strategy for improving community confidence in the integrity of crime statistics in a January 24, 2011 Daily News article.

On August 22, 2011, Eli Silverman commented on a recent rise in NYC crime statistics in a New York Post article.

On November 29, 2011, the Village Voice featured an article written by Silverman and Eterno on crime statistics manipulation and recent corruption scandals.

Eli Silverman was interviewed by the Plainview Patch in a December 20, 2011 article about people's perception of crime in a community.

The book is cited in a February 23, 2012 Wall Street Journal article about a lawsuit filed by a NYPD officer.

John Eterno was a featured guest on Talkzone Internet Talk Radio on February 25, 2012.

The book was profiled in a February 27, 2012 article in The Chief, a weekly newspaper for New York civil service employees.

John Eterno was quoted in an April 9, 2012 New York Times article about the NYPD's stop-and-frisk policy.

Eli Silverman was quoted in a May 2, 2012 DNAinfo.com article about rising New York City crime rates.

John Eterno was featured in a Reuters TV program about the NYPD's "stop and frisk" policy.

Eli Silverman testified on April 4, 2013 in a class action lawsuit related to the NYPD stop and frisk policy.

John A. Eterno, Ph.D., is professor, chairperson, and associate dean and director of graduate studies in criminal justice at Molloy College. He served as a sworn officer with the New York City police department (NYPD) and retired as a Captain. His various assignments included patrol, teaching at the police academy, conducting research, and commanding officer of several units. Notably, his research for the NYPD on physical standards won a prestigious Police Foundation award. He is also responsible for the research leading to increased age and education requirements for police officer candidates. He testified at the New York State Civil Service Commission and before the City’s Department of Citywide Administrative Services in this regard. His work on mapping with the NYPD also earned him the Enterprise Initiative Award from the New York City Mayor’s office.

is Professor Emeritus, John Jay College of Criminal Justice and the Graduate Center of City University of New York. He has previously served with the U.S. Department of Justice and the National Academy of Public Administration in Washington D.C. and was Visiting Exchange Professor at the Police Staff College in Bramshill, England. He has lectured, consulted with, and trained numerous police agencies in the United States, United Kingdom, Canada, Mexico, Europe, Asia, and Australia. His areas of interest include police performance management, community policing, policy analysis, training, integrity control, Compstat, and crime mapping.

" … absolutely worth reading. It raises serious concerns which, if true, amount to a terrible management system which has been allowed to run amok—raising some frightening civil liberties issues. It should be read by anyone involved in law enforcement and public safety statistical analysis because it highlights many possible ways to game the system and then describes the unintended consequences of such gaming."
—Nick Selby, in Police-Led Intelligence 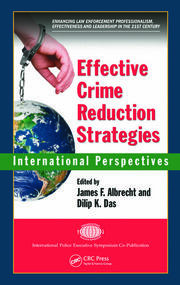 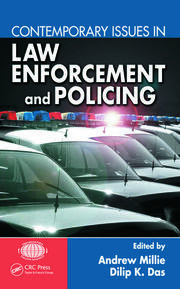 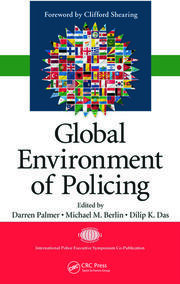 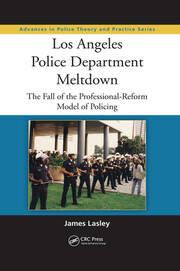