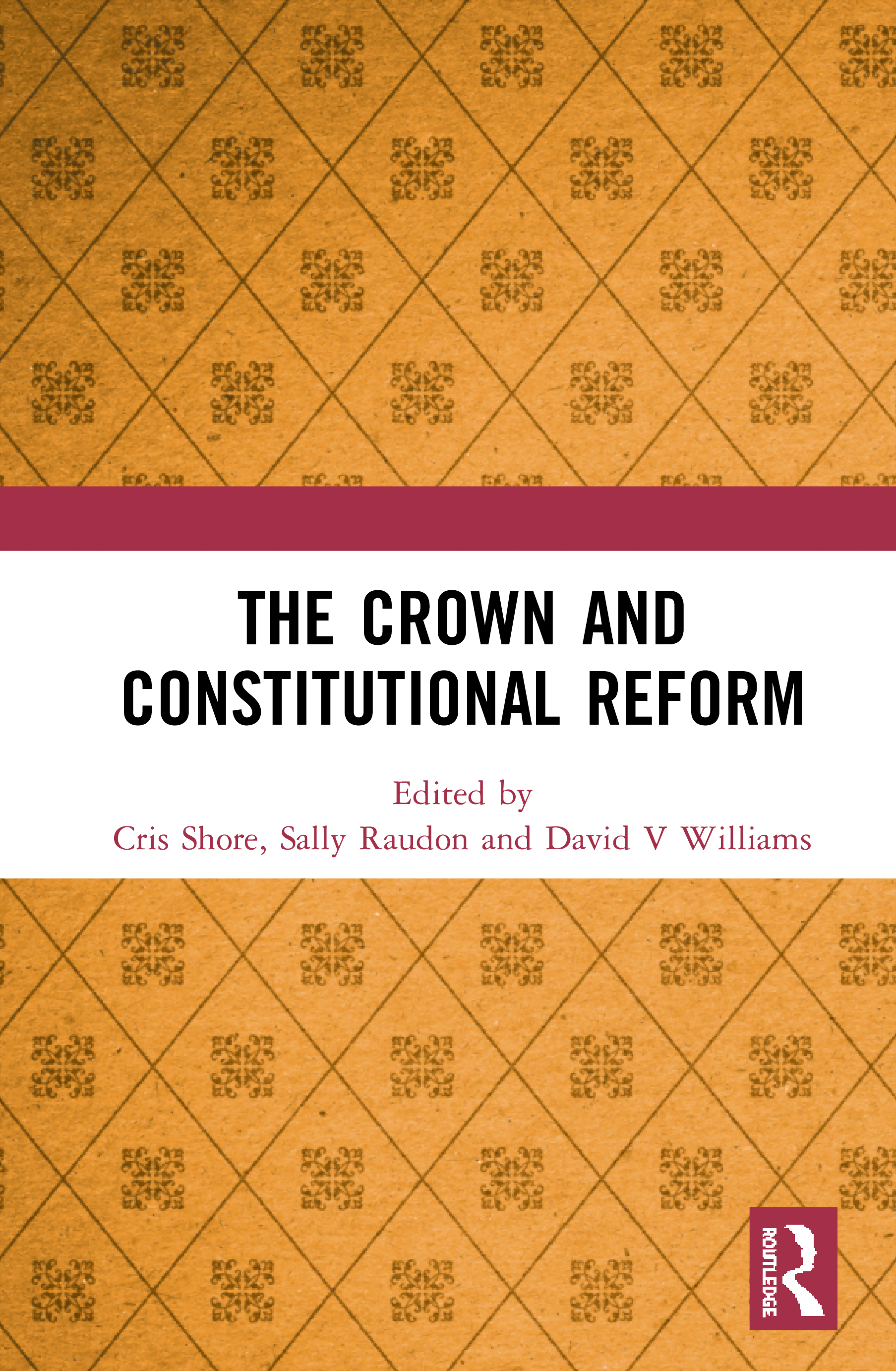 The Crown and Constitutional Reform

The Crown and Constitutional Reform is an innovative, interdisciplinary exchange between experts in law, anthropology and politics about the Crown, constitutional monarchy and the potential for constitutional reform in Commonwealth common law countries.

The constitutional foundation of many Commonwealth countries is the Crown, an icon of ultimate authority, at once familiar yet curiously enigmatic. Is it a conceptual placeholder for the state, a symbol of sovereignty or does its ambiguity make it a shapeshifter, a legal fiction that can be deployed as an expedient mask for executive power and convenient instrument for undermining democratic accountability? This volume offers a novel, interdisciplinary exchange: the contributors analyse how the Crown operates in the United Kingdom and the postcolonial settler societies of Canada, Australia, and New Zealand. In doing so, they examine fundamental theoretical questions about statehood, sovereignty, constitutionalism and postcolonial reconciliation. As Queen Elizabeth II’s long reign approaches its end, questions about the Crown’s future, its changing forms and meanings, the continuing value of constitutional monarchy and its potential for reform, gain fresh urgency.

The chapters in this book were originally published in a special issue of The Round Table: The Commonwealth Journal of International Affairs.

Introduction: The Crown and Constitutional Reform

1. The Crown as Proxy for the State? Opening up the Black Box of Constitutional Monarchy

2. From Bagehot to Brexit: The Monarch’s Rights to be Consulted, to Encourage and to Warn

3. Will New Zealand Inevitably Become a Republic, ‘Just as Britain Will Be Blurred into Europe’?

4. The Supreme Court and the Miller Case: More Reasons Why the UK Needs a Written Constitution

5. Royal Succession and the Constitutional Politics of the Canadian Crown, 1936–2013

7. The Many Faces of the Crown and the Implications for the Future of the New Zealand Constitution

8. The ‘Unsettledness’ of Treaty Claim Settlements

9. The Crown: Is It Still ‘White’ and ‘English-Speaking’?

10. From Loyal Dominion to New Republic: Which Realm Will Get There First?

12. The Queen is Dead! Long Live the President?

13. Reflections of the 19th Governor-General of New Zealand

Sally Raudon is doctoral candidate in social anthropology at the University of Cambridge, UK.