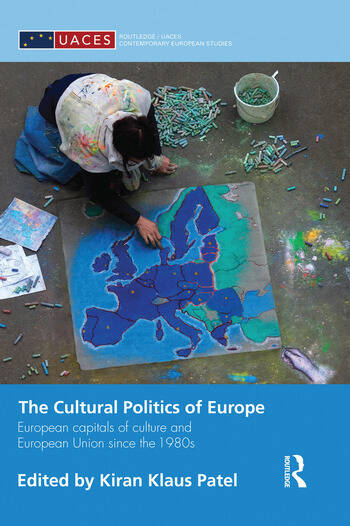 The Cultural Politics of Europe: European Capitals of Culture and European Union since the 1980s

Culture is one of the most complex and contested fields of European integration. This book analyzes EU cultural politics since their emergence in the 1980s with a particular focus on the European Capital of Culture program, the flagship of EU cultural policy. It discusses both the central as well as local levels and contextualizes EU policies with programmes of other European organisations, such as the Council of Europe.

By asking what "Europe" actually means for European cultural policy, the book goes beyond the confines of official organizations and the political sphere, to discuss the contribution, impact and appropriation among a more diverse group of actors and participants, such as transnational experts, local bureaucrats, cultural managers, urban dwellers and the visitors. Its principal aim is to debunk the myth of Brussels as the centre of cultural Europeanization. Instead, it argues that European cultural policy has to be seen as a relational, multi-directional movement, involving a wide variety of stakeholders and leading to conflicts and collaborations at various levels. This book combines the perspectives of political scientists, sociologists, anthropologists and historians, at the intersection between EU, urban, and cultural studies, and changes our understanding of ‘Europeanization’ by opening up new empirical and conceptual avenues.

Challenging the dominant interpretation of European cultural policies, The Cultural Politics of Europe will be of interest to students and scholars of European studies, political scientists, sociologists, anthropologists, geographers, historians and cultural studies.

Kiran Klaus Patel is Professor of European and global history at Maastricht University.