The Culture of Ships and Maritime Narratives 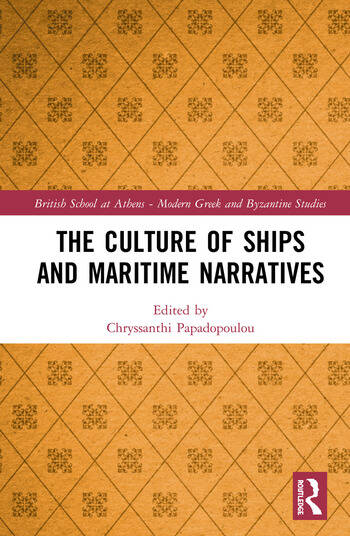 The Culture of Ships and Maritime Narratives

The ship transcends the descriptive categories of place, vehicle and artefact; it is a cosmos, which requires its own cosmology. This is the subject matter of this volume, which falls within the broader, flourishing sub-field of maritime anthropology. Specifically, the volume first investigates the dialectic between the sea, the ship and the ship-dweller and shows how traits are exchanged between the three. It then focuses on land-dwellers, their understanding of seaborne existence and their invaluable contribution to the culture of ships. It  shows that the romanticised views of life at sea that land-dwellers hold constitute an important aspect of the cosmology of ships and they too need to be considered if the polyvalence of ships is to be fully understood.

In order for this cosmology to be written, some of the volume’s contributors have travelled on ships and interviewed mariners, fishermen, boat-builders and boat-dwellers; others have traced the courses of ships in poems, films, philosophical texts, and collective myths of genealogy and heritage. Overall the volume shows where ships can go, and how they are perceived and experienced by those living and travelling in them, watching and waiting for them, dreaming and writing about them, and, finally, what literal and metaphorical crews man them.

The boatbuilder, boat building, and the creation of socialities

Seafaring in the Mediterranean: intercultural interaction and loneliness on board

A woman on a fishing boat: an ethnographic account of wilderness, familiarity and gender relations

Dwelling, pollution, and the rhetorical creation of "nature" on inland waterways

Ships in the sky: maritime mythistories in the Pindos Mountains

The ship as the symbol of emigration in Greek cinema

Chryssanthi Papadopoulou is a maritime archaeologist, a Classicist and the Assistant Director of the British School at Athens. She has published on the perception of shipwrecks by maritime archaeologists; underwater sites of various periods; Greek religion; and the archaeology of Classical Athens, and has been excavating shipwrecks in the eastern Mediterranean since 2005. Her research draws on various disciplines including land and maritime archaeology, philosophy, anthropology and analytical psychology.