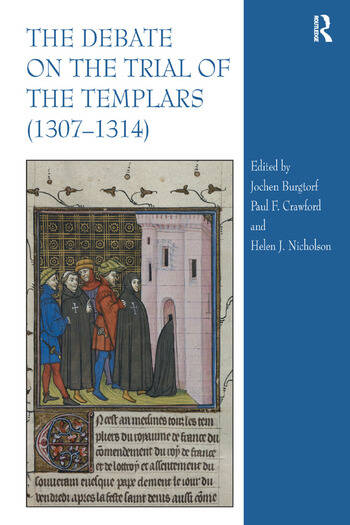 Seven hundred years after the dissolution of the order, the trial of the Templars still arouses enormous controversy and speculation. In October 1307, all the brothers of the military-religious order of the Temple in France were arrested on the instructions of King Philip IV and charged with heresy and other crimes. In 1312, Pope Clement V, at the Council of Vienne, dissolved the order. Since the 1970s, there has been increasing scholarly interest in the trial, and a series of books and articles have widened scholars' understanding of causes of this notorious affair, its course and its aftermath. However, many gaps in knowledge and understanding remain. What were the Templars doing in the months and years before the trial? Why did the king of France attack the Order? What evidence is there for the Templars' guilt? What became of the Templars and their property after the end of the Order? This book collects together the research of both junior and senior scholars from around the world in order to establish the current state of scholarship and identify areas for new research. Individual chapters examine various aspects of the background to the trial, the financial, political and religious context of the trial in France, the value of the Templars' testimonies, and consider the trial across the whole of Europe, from Poland and Cyprus to Ireland and Portugal. Rather than trying to close the discussion on the trial of the Templars, this book opens a new chapter in the ongoing scholarly debate.

Contents: Preface; Introduction, Malcolm Barber; Part I Before the Trial: Could alleged Templar malpractices have remained undetected for decades?, Alan Forey; The election of the Templar Master Jacques de Molay, Anthony Luttrell; Institutional dependency upon secular and ecclesiastical patrons and the foundations of the trial of the Templars, Nicholas Morton; Fighting the King of France: Templars and Hospitallers in the Flemish rebellion of 1302, Bernard Schotte; The monetary fluctuations in Philip IV's kingdom of France and their relevance to the arrest of the Templars, Ignacio de la Torre. Part II The Trial in France: Terror, torture and the truth: the testimonies of the Templars revisited, Thomas KrÃ¤mer; The Templars face the Inquisition: the papal commission and the diocesan tribunals in France, 1308-11, Dale R. Streeter; Three 'traitors' of the Temple: was their truth the whole truth?, David Bryson; The trial inventories of the Templars' houses in France: select aspects, Jochen Burgtorf; On the margins of the Templars' trial: the case of Bishop Guichard of Troyes, Alain Provost; The involvement of the University of Paris in the trials of Marguerite Porete and the Templars, 1308-10, Paul F. Crawford; The trial depositions as evidence of kinship influences in the Order of the Temple, Jochen G. Schenk; The social reception of the Templar trial in early 14th-Century France: the transmission of information, Magdalena Satora. Part III The Trial in the Iberian Peninsula: Reassessing the dissolution of the Templars: King Dinis and their suppression in Portugal, Clive Porro; Icons, crosses and the liturgical objects of Templar chapels in the Crown of Aragon, SebastiÃ¡n SalvadÃ³; The extinction of the Order of the Temple in the kingdom of Valencia and early Montesa, 1307-30: a case of transition from universalist to territorialized military orders, Luis GarcÃ­a-Guijarro Ramos. Part IV The Trial in the British Isles: King Edward II of England and the Templars, Jef

'... every single article will repay careful reading. Indeed, this collection is one of the best contributions to discussions of the military orders I know of. ...[a] wonderful volume.' William Chester Jordan in The Medieval Review 'What is both surprising and pleasing is the range and quality of the papers read [...], and their rapid publication in this welcome addition to Ashgate's growing list of essay collections about crusading and the military orders. There are twenty-eight contributions and they all reach a high standard, substantially advancing our understanding of the trial and its background.' Ecclesiastical History 'The standard is uniformly high... Every article contains useful insights and this volume is essential reading.' Jonathan Riley-Smith in Crusades '[The editors] have done an excellent job... Very coherent from a thematic, chronological perspective, the volume presents new insights into the many facets of the trial of the Templars. Significantly, the book also brings together young researchers at the beginning of their careers and well-known medievalists who paved the way for modern historiography on the Military Orders... The volume faithfully represents Ashgate’s interest in crusader studies, which has brought about productive and much desired publications in the area during the past several decades.' H-France '... particularly rich in the light it sheds on the arrest, trials and suppression of the Templars in places beyond the frontiers of France, and to a lesser extent of England, where they have already been intensively studied...' English Historical Review