The Detective’s Handbook details the vital information law enforcement officers need to know to become better detectives. Since all essential aspects of detective work cannot be covered in a single volume, the editors have selected 20 of the most critical issues detectives face in their day-to-day work and present them in separate chapters.

Using a unique format and style, this essential handbook draws on the expertise of contributors with police and academic backgrounds to provide both new and seasoned detectives with invaluable insights. It covers a wide range of detective procedures and practices employed in the United States and can be read as a whole or used as a reference for conducting various types of investigations and interrogations.

The book highlights common mistakes and outlines best practices to help readers avoid making the same mistakes in the field. It provides the tools and understanding to conduct the range of investigations that today’s detectives will most likely have to conduct, including those involving sexual predators, healthcare and financial fraud, cyber crime, gangs, cults, personal violence, and property.

The text concludes with a section on all-purpose practices and lessons for investigations. In this section, readers will learn the practical aspects of interviewing and interrogating witnesses, including how to interview and communicate with special populations, such as those with mental and physical disabilities.

Sharing the most effective investigative practices and procedures in use today, this book is a must-have for police, sheriffs, and other government agencies that are responsible for protecting the public.

ALL-PURPOSE PRACTICES AND LESSONS FOR INVESTIGATIONS
Practical Aspects of Interviewing and Interrogating Witnesses and Suspects; Mathew O’Deane
Detectives and the Criminal Investigation Process; Casilda E. Roper-Simpson
Interviewing and Communicating with Special Populations, Including Nonverbal Individuals, Persons with Mental Disabilities or Illness, and the Deaf; Lauren M. Barrow
Fourth Amendment; Robert Winters
How to Get That Warrant Every Time; Mathew O’Deane

John A. Eterno is a professor, associate dean, and director of graduate studies in criminal justice at Molloy College in Rockville Centre, New York. He is also a retired captain of the New York City Police Department (NYPD). He has won awards for his research and teaching, including a Police Foundation Award for his research on physical standards for the NYPD, an Enterprise Initiative Award from the mayor of the city of New York for his work on mapping, a Molloy College Faculty Research Award for his research in the field of criminal justice, and two teaching awards from graduate students.

Dr. Eterno has penned numerous books, book chapters, articles, and editorials on various topics, including democratic policing, human trafficking, data-driven policy, police management, policing within the law, investigations, combating terrorism in democracies, and global policing. Some of his most recent publications include an op-ed in The New York Times titled "Policing by the Numbers," a peer-reviewed article in the International Journal of Police Science and Management with Eli Silverman (professor emeritus at John Jay College) called "Compstat: Compare Statistics or Compose Statistics," and two books titled The Crime Numbers Game: Management by Manipulation (with Eli Silverman) and The New York City Police Department: The Impact of Its Policies and Practices.

His nonacademic experience includes U.S. Marine Corps service as an infantry officer, trial and defense counsel, and military judge as a marine judge advocate, and director of the Military Law Branch, U.S. Marine Corps. Other legal employment experiences include trial supervisor, Office of State Counsel for Offenders, Texas Board of Criminal Justice, and judge pro tem in the California courts. Cliff is admitted to practice before the U.S. Supreme Court, U.S. Court of Military Appeals, U.S. Tax Court, Federal Courts in California and Texas, Supreme Court of Texas, and Supreme Court of California. His educational background includes PhD in human behavior, U.S. International University; LLM in criminal law, criminology, and psychiatry, George Washington University; JD, American University; BA in political science, University of Missouri; and one year of postgraduate study at the University of Virginia School of Law. 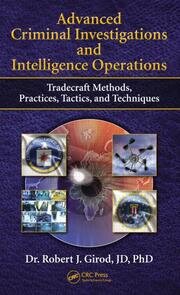 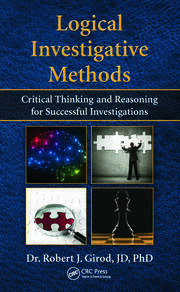