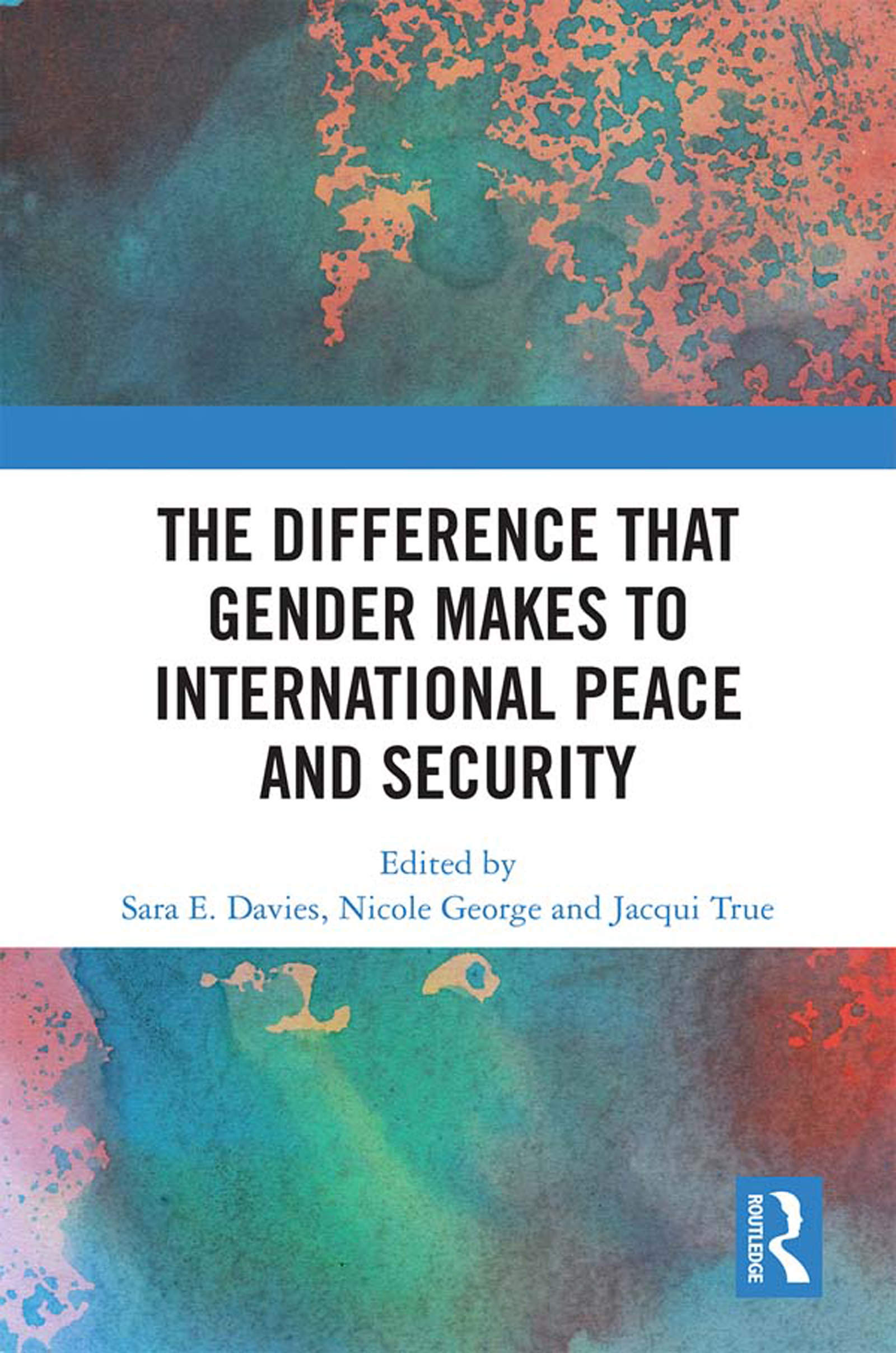 The Difference that Gender Makes to International Peace and Security

Fifteen years after the adoption of UN Security Council Resolution 1325 which establishes the Women, Peace and Security agenda, there is now a need to assess the impacts of gender equality efforts, and to understand why and how gender equality reforms have advanced to the extent that they have. This book examines how international peace and security is re-envisioned from a gender perspective by mostly focusing on the nuances presented by the Asia Pacific region. It argues that despite the diversity of political, socio-cultural and economic systems in the Asia Pacific, women and girls in the region continue to experience similar forms of insecurities. Several countries in the Asia Pacific have demonstrated relative peace and stability. In addition, women’s leadership and participation in peacebuilding are and continue to be increasingly recognized in the region too. However, as the chapters in this book demonstrate, applying a critical gender analysis allows for the interrogation of ‘veneers’ of political order which can then mask or normalise everyday gendered insecurities. The analysis of country cases such as Myanmar, Cambodia and Fiji underscores a rethinking of the political order in the Asia Pacific which leaves existing gender inequalities intact.

The chapters in this book were originally published in a special issue in the International Feminist Journal of Politics.

Introduction: The difference that gender makes to international peace and security

1. The politics of counting and reporting conflict-related sexual and gender-based violence: the case of Myanmar

2. A “shift in attitude”? Institutional change and sexual and gender-based crimes at the Extraordinary Chambers in the Courts of Cambodia

5. The logic of protection: narratives of HIV/AIDS in the UN Security Council

6. Women in power and power of women: the Liberian experience

Nicole George is a Senior Lecturer in the School of Political Science and International Studies at the University of Queensland, Australia. Nicole's research focuses on the gendered politics of conflict and peacebuilding, violence, security and participation, broadly conceived.

Jacqui True is Professor of Politics & International Relations and an Australian Research Council Future Fellow at Monash University, Australia. She is specialist in Gender and International Relations. Her research is focused on understanding the political economy of post-conflict violence against women and the patterns of systemic sexual and gender-based violence in Asia Pacific conflict-affected countries.