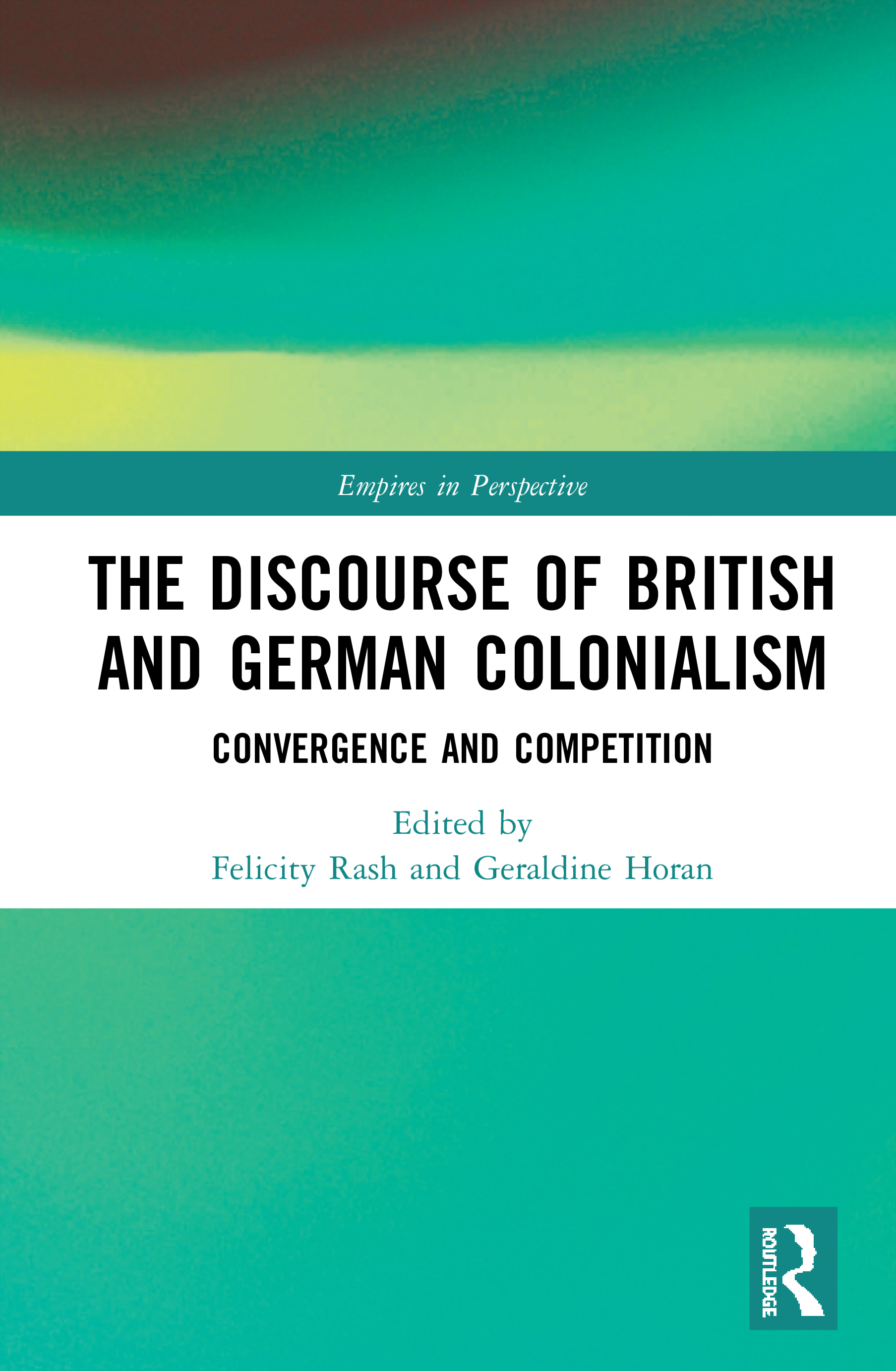 The Discourse of British and German Colonialism

This volume compares and contrasts British and German colonialist discourses from a variety of angles: philosophical, political, social, economic, legal, and discourse-linguistic. British and German cooperation and competition are presented as complementary forces in the European colonial project from as early as the sixteenth century but especially after the foundation of the German Second Empire in 1871 — the era of the so-called "Scramble for Africa". The authors present the points of view not only of the colonizing nations, but also of former colonies, including Cameroon, Ghana, Morocco, Namibia, Tanzania, India, China and the Pacific Islands. The title will prove invaluable for students and researchers working on British colonial history, German colonial history and postcolonial studies.

Part I: Historical and Theoretical Perspectives

1. Cutting up the World Pie and What Happened Next

2. Neither Colonies nor Colonialism? The Early Modern Semantics of European Expansion in German Political Economics (1700-1800)

3. Colonialism and Diaspora in Imperial Germany

4. How are British and German Colonizers Positioned in the Digital Corpus?

Part II: The “Scramble” for Africa

5. Metaphors of Darkness and Light in British and German Travel and Missionary Discourse

6. German Imperialist Images of the Other: a Sonderweg? Discursive Representations of the Imperial Self in Wilhelmine Germany (1884-1919)

7. The Continuities of Colonial Land Dispossessions under German and South Africa Rule

8. “An Inclination towards a Policy of Extermination”? German and British Discourse on Colonial Wars during High Imperialism

10. Stereotypical Labelling of the Moroccan Goumiers in German Colonialist Discourse

Part III: The “Scramble” for the Wider World

11. Notes from the Margins: the Discursive Construction of the Self and Other in the German Ostmark and Ireland, Discourses of Internal Colonialism and Gender in the Works of Käthe Schirmacher and Maud Gonne

12. Schooling of the Tribal Peoples of the Chota Nagpur Region of India: Contested Claims by German Missionaries and British Colonialists, 1830-1870

13. Postcolonial Discourse Analysis: the Linguistic Fall-out from Imperial Germany’s Colonialist Past in China

14. British and German Scientific Exploration in the Asian-Pacific Region as an Alternative Form of Colonization

Felicity Rash is Professor of German Linguistics at Queen Mary, University of London. Her major publications include: The Language of Violence: Adolf Hitler's Mein Kampf (2006); German Images of the Self and the Other in German Nationalist, Colonialist and Anti-Semitic Discourse 1871-1918 (2012); The Strategies of German Imperialist Discourse: The Colonial Idea and Africa, 1848-1948 (2016).

Geraldine Horan is Senior Lecturer in German Language at University College London. Her research interests lie in feminist linguistics, discourse analysis, and political discourse. She is co-editor of Doing Politics: Discursivity, Performativity and Mediation in Political Discourse (2018, with Michael Kranert).

This important series examines a diverse range of imperial histories from the early modern period to the twentieth century. Drawing on works of political, social, economic and cultural history, the history of science and political theory, the series encourages methodological pluralism and does not impose any particular conception of historical scholarship. While focused on particular aspects of empire, works published also seek to address wider questions on the study of imperial history.