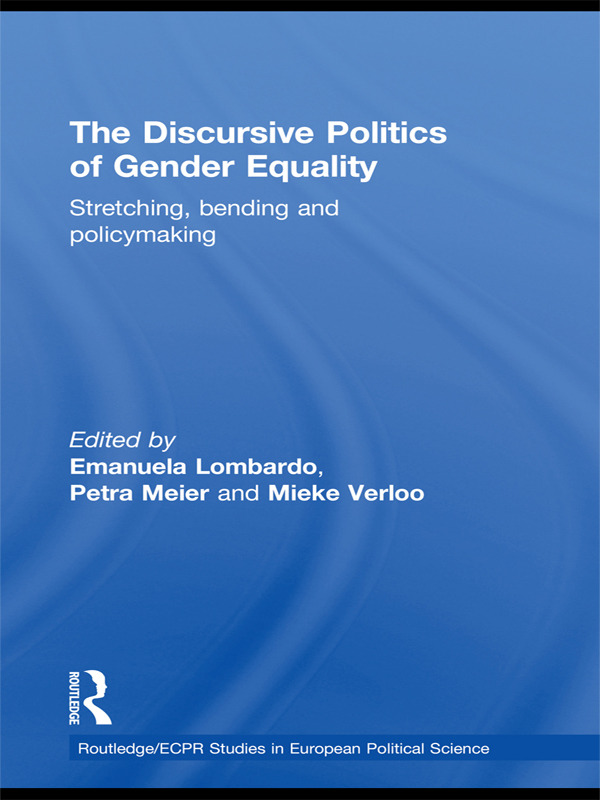 The Discursive Politics of Gender Equality

This book explores the discursive constructions of gender equality and the implications of these understandings in a broad range of policy fields.

Using gender equality as a prime example, a number of internationally renowned scholars offer a new vocabulary to identify and study processes of the reduction, amplification, shifting or freezing of meaning. The main aim of the book is to understand the dynamics and to reflect on the consequences of such discursive politics in recent policy making on gender equality. It explores both the potential opportunities that are opened up for the promotion of equality through discursive politics, and the limitations they impose. Distinctive features of the volume include:

The Discursive Politics of Gender Equality will be of interest to students and scholars, of political science, public policy, comparative politics, gender and women studies.

Emanuela Lombardo is currently Ramón y Cajal researcher at the Department of Political Science and Administration II of the Complutense University Madrid, Spain.

Petra Meier is lecturer at the Politics Department of the University of Antwerp, Belgium.

Mieke Verloo is currently associate professor in Political Science and Gender Studies, affiliated to the Faculty of Management and to the Institute for Gender Studies at Radboud University Nijmegen, the Netherlands.