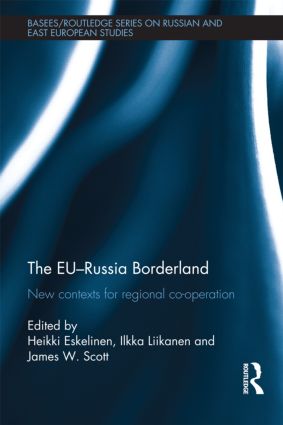 After the collapse of the Soviet Union, there were high hopes of Russia’s "modernisation" and rapid political and economic integration with the EU. But now, given its own policies of national development, Russia appears to have ‘limits to integration’. Today, much European political discourse again evokes East/West civilisational divides and antagonistic geopolitical interests in EU-Russia relations. This book provides a carefully researched and timely analysis of this complex relationship and examines whether this turn in public debate corresponds to local-level experience – particularly in border areas where the European Union and Russian Federation meet.

This multidisciplinary book - covering geopolitics, international relations, political economy and human geography - argues that the concept ‘limits to integration’ has its roots in geopolitical reasoning; it examines how Russian regional actors have adapted to the challenges of simultaneous internal and external integration, and what kind of strategies they have developed in order to meet the pressures coming across the border and from the federal centre. It analyses the reconstitution of Northwest Russia as an economic, social and political space, and the role cross-border interaction has had in this process. The book illustrates how a comparative regional perspective offers insights into the EU-Russia relationship: even if geopolitics sets certain constraints to co-operation, and market processes have led to conflict in cross-border interaction, several actors have been able to take initiative and create space for increasing cross-border integration in the conditions of Russia’s internal reconstitution.

Ilkka Liikanen is Professor (Border and Russian studies) at the Karelian Institute, University of Eastern Finland.

James W. Scott is Professor of Regional and Border Studies at the Karelian Institute, University of Eastern Finland.