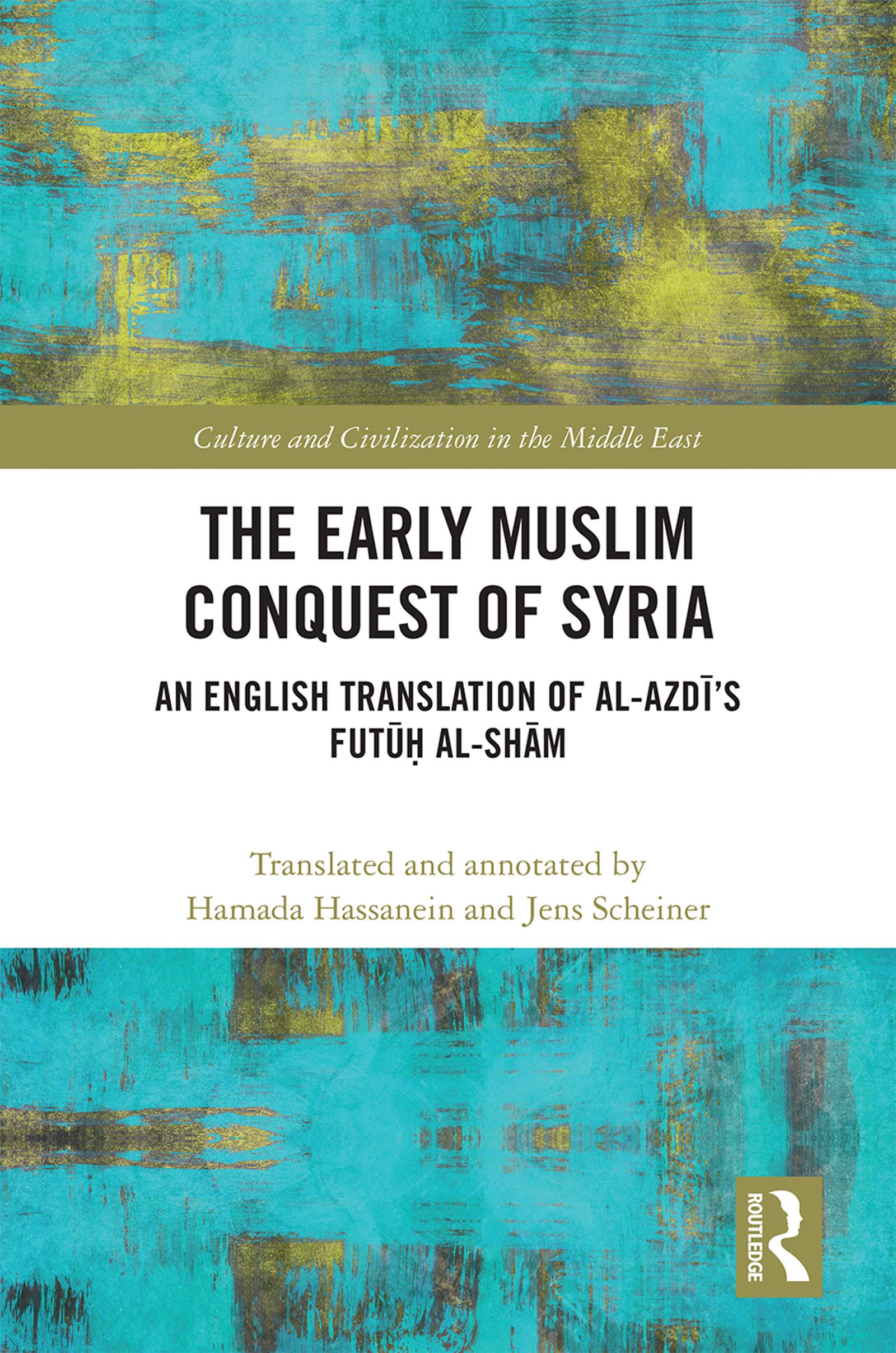 The Early Muslim Conquest of Syria

This book narrates the battles, conquests and diplomatic activities of the early Muslim fighters in Syria and Iraq vis-à-vis their Byzantine and Sasansian counterparts. It is the first English translation of one of the earliest Arabic sources on the early Muslim expansion entitled Futūḥ al-Shām (The Conquests of Syria).

The translation is based on the Arabic original composed by a Muslim author, Muḥammad al-Azdī, who died in the late 8th or early 9th century C.E. A scientific introduction to al-Azdīʼs work is also included, covering the life of the author, the textual tradition of the work as well as a short summary of the textʼs train of thought. The source narrates the major historical events during the early Muslim conquests in a region that covers today’s Lebanon, Israel, Palestinian Territories, Jordan, Syria, Turkey and Iraq in the 7th century C.E. Among these events are the major battles against the Byzantines, such as the Battles of Ajnādayn and al-Yarmūk, the conquests of important cities, including Damascus, Jerusalem and Caesarea, and the diplomatic initiatives between the Byzantines and the early Muslims. The narrative abounds with history and Islamic theological content.

As the first translation into a European language, this volume will be of interest to a wide range of readership, including (Muslim and Christian) theologians, historians, Islamicists, Byzantinists, Syrologists and (Arabic) linguists.

Hassanein is Assistant Professor at Prince Sattam bin Abdulaziz University (Saudi Arabia), on secondment from Mansoura University (Egypt). His academic interest is the application of linguistic theories to Arabic texts. His recent publications include Arabic Antonymy Translation (2017) and Discourse Functions (2018).

Scheiner is Professor of Islamic Studies at the University of Göttingen (Germany). His research interests are the political and social history of the early and classical periods of Islam and HadithStudies (in particular isnad-cum-matnanalysis). He published on the early Muslim conquests, the cultural history of Baghdad and hadith.