The Elections in Israel 2013 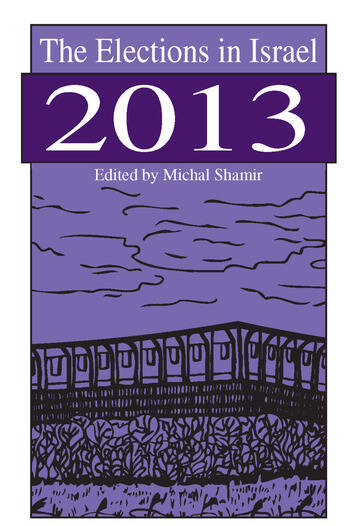 The Elections in Israel 2013

The elections for Israel's nineteenth Knesset were held on January 22, 2013. This volume offers an in-depth analysis of Israel's 2013 elections from various perspectives. It presents an up-to-date picture of the complexity of Israeli democracy, and its challenges, achievements, and failures.

The chapters in this collection shed light on different facets of Israeli democracy. Yaron Ezrahi provides a sceptical perspective on prospects for democracy. Gayil Talshir explains the party system's slowness to respond to citizen demands and to social movements. Michal Shamir and Keren Weinshall-Margel explore the politics of the right to be elected to the Knesset. Nir Atmor and Chen Friedberg highlight the decline in participation in Knesset elections in the Periphery versus the Center. Assaf Shapira and Gideon Rahat reveal the complexity of inter-party democracy. Dganit Ofek analyses the stability of government coalitions. Gal Levy examines Mizrahi Jews and the Shas Party. Mtanes Shihadeh discusses the voting patterns of Israeli Arabs. Asher Cohen focuses on religious Zionism and the success of the renewed Jewish Home Party. Michal Shamir and Einat Gedalya-Lavy document a gender gap in voting.

Elections in Israel 2013 analyses the give-and-take between the public and its leaders that is at the heart of elections. In doing so, it illuminates the role of elections in providing representation for different groups in Israeli society and in giving voice to their political choices.

Part I Israeli Democracy as Reflected in the Elections

3 "The New Israelis": From Social Protest to Political Parties
Gayil Talshir
4 "Your Honor, Restrain Us": The Political Dynamics of the Right to Be Elected in the Israeli Democracy
Michal Shamir and Keren Weinshall-Margel
5 Participation in the Nineteenth Knesset Elections: Center versus Periphery
Nir Atmor and Chen Friedberg
6 The Intra-Party Democracy Index: Development, Application, and Results
Assaf Shapira and Gideon Rahat
7 From Physics to Politics: Center of Mass, Spatial Variance, and Coalition Stability in Israel
Dganit Ofek