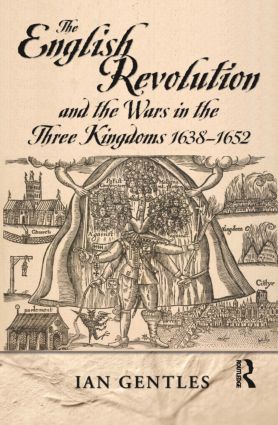 The English Revolution and the Wars in the Three Kingdoms, 1638-1652

Ian Gentles provides a riveting, in-depth analysis of the battles and sieges, as well as the political and religious struggles that underpinned them. Based on extensive archival and secondary research he undertakes the first sustained attempt to arrive at global estimates of the human and economic cost of the wars. The many actors in the drama are appraised with subtlety. Charles I, while partly the author of his own misfortune, is shown to have been at moments an inspirational leader.

The English Revolution and the Wars in the Three Kingdoms is a sophisticated, comprehensive, exciting account of the sixteen years that were the hinge of British and Irish history. It encompasses politics and war, personalities and ideas, embedding them all in a coherent and absorbing narrative.

"This is an admirably thorough attempt to take the reader through the military, religious, and political complexities of the times. It is an ideal choice for both the undergraduate and general reader."

"Nice features include good maps, a useful index, and superb descriptions of troop movements and battles. A valuable synthesis and a contribution to scholarship. Highly recommended."

"This book provides a series of new insights into the civil wars, which make its appearance more than welcome. It is the most recent academic study by an experienced academic."

"Professor Gentles is one of the few historians capable of presenting this notoriously complex and unstable subject in such a clear and readable way. As a result, general readers and history students alike will find it an excellent and reliable introduction to this fascinating period."

"The book is a compendium of the latest scholarship on military history. Its charts on wartime taxation and maps of campaign marches and battlefield alignments will be a boon to readers."

1: Rebellion in the North

4: Building and Fuelling the Machinery of War: Recruitment, Finance, Logistics

13: Ormond, Cromwell, the Levellers and Ireland

15: Audit of war: the human and material cost

is Visiting Professor of History at Tyndale College, Toronto . His books include The New Model Army (1992), and he has contributed numerous articles to The Oxford Dictionary of National Biography .