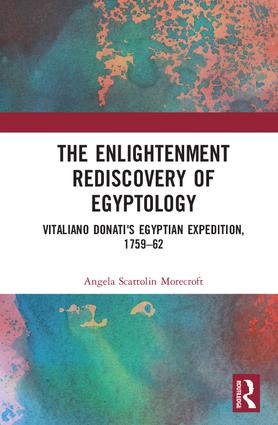 The Enlightenment Rediscovery of Egyptology

In 1759 the botanist and scientist Vitaliano Donati led an expedition to Egypt under the patronage of King Carlo Emanuele III of Sardinia, to acquire Egyptian antiquities for the Museum in Turin. Charting his tumultuous expedition, this book reveals how, in spite of his untimely death in 1762, Donati managed to send enough items back to Turin to lay the foundations for one of the earliest and largest systematic collections of Egyptology in Europe, and help to bring the world of ancient Egypt into the consciousness of Enlightenment scholarship. Whilst the importance of this collection has long been recognised, its exact contents have been remained largely unknown. War, the Napoleonic occupation of Italy and the amalgamation and reorganisation of museum collections resulted in a dispersal of objects and loss of provenance. As a result it had been supposed that the actual contents of Donati's collection could not be known. However, the discovery by Angela Morecroft in 2004 of Donati's packing list reveals the exact quantity and type of objects that he acquired, offering the possibility to cross-reference his descriptions with unidentified artifacts at the Museum. By examining Donati's expedition to Egypt, and seeking to identify the objects he sent back to Turin, this book provides a fascinating insight into early collecting practice and the lasting historical impact of these items. As such it will prove a valuable resource for all those with an interest in the history of museums and collecting, as well as enlightenment travels to Egypt.

4. Loss of the Collection and the "Quinternetto"

5. The Written Evidence from the Turin Egyptian Museum

7. The Statues in Donati’s Collection

8. Investigation and Identification of the Oil Lamps

9. Statuettes and Other Small Objects