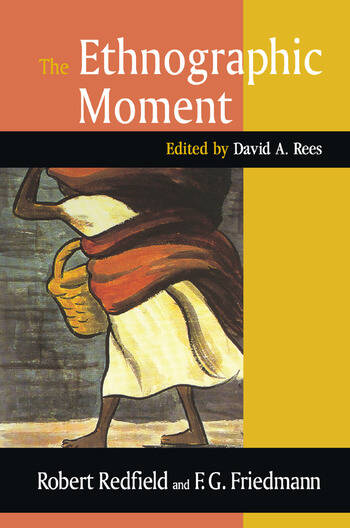 The first fifty years of the twentieth century were a time of ferment in American anthropology. American ethnographic work evolved from the "salvage" work of professionals affiliated with museums who undertook to document with artifacts and testimony the threatened traditional way of life among the Native American tribes, to the establishment of anthropology as a science, represented in university departments, that sought to describe the "ethnographic present" of isolated primitive peoples, often in distant parts of the world.

By the beginning of the 1950s, cultural anthropology discovered the peasant. Robert Redfield, himself a leading figure in this paradigm shift, challenged anthropology's focus on a static model of the isolated primitive community, pointing out the dynamic nature of the "little communities" he studied in Mesoamerica. These were not isolated communities, but rather local, traditional cultures located well within the sphere of a complex urban culture. In order to distinguish the "great tradition" deriving from urban centers from the "little tradition" of a more primitive culture, Redfield believed anthropology needed to refer to other disciplines, such as theology, philosophy, economics, and sociology. In other words, anthropology had to develop from the collection of material artifacts to a concern with the immaterial realm of values and ideas.

This collection of essays and previously unpublished papers, The Ethnographic Moment, tells the story of a remarkable chapter in Redfield's pioneering efforts on what was then an anthropological frontier. The present volume covers the years from 1952 to 1958, the last of Redfield's life. It focuses solely on his study of peasant communities. At the core of the book is his correspondence with the philosopher-humanist F. G. Friedmann, who played an important role in Redfield's conceptualization of the complex urban-rural continuum that characterizes the peasant's world. The volume also includes an autobiographical introduction by Friedmann that illuminates both his own writings and the humanistic background that motivated his study of peasantry.