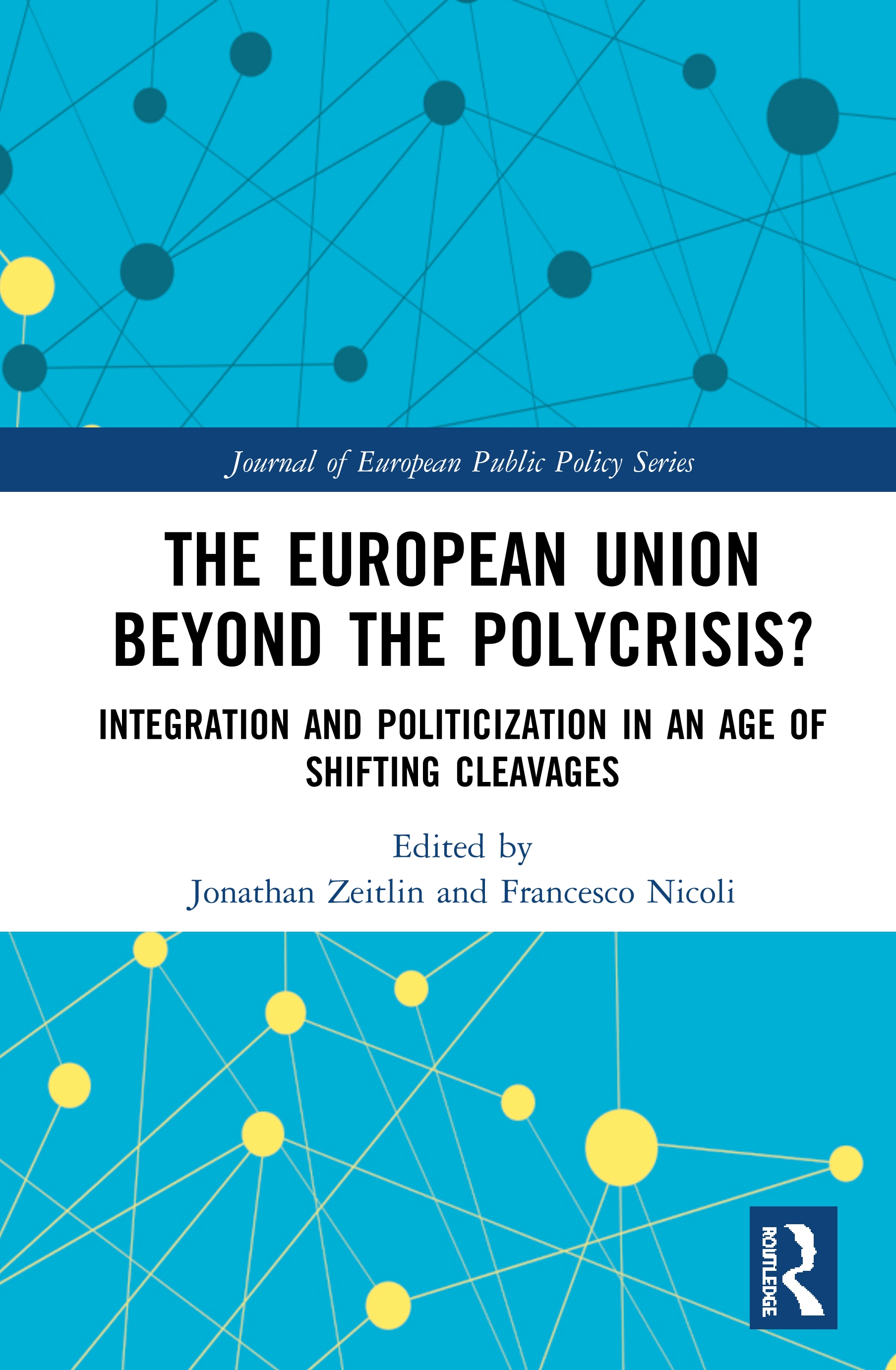 The European Union Beyond the Polycrisis?

Integration and politicization in an age of shifting cleavages, 1st Edition

The European Union beyond the Polycrisis? explores the political dynamics of multiple crises faced by the EU, both at European level and within the member states. In so doing, it provides a state-of-the-art overview of current research on the relationship between politicization and European integration.

The book proposes that the EU’s multi-dimensional crisis can be seen as a multi-level ‘politics trap’, from which the Union is struggling to escape. The individual contributions analyze the mechanisms of this trap, its relationship to the multiple crises currently faced by the EU, and the strategies pursued by a plurality of actors (the Commission, the European Parliament, national governments) to cope with its constraints. Overall, the book suggests that comprehensive, ‘grand’ bargains are for the moment out of reach, although national and supranational actors can find ways of ‘relaxing’ the politics trap and in so doing perhaps lay the foundations for more ambitious future solutions. This book, dedicated to the exploration of the political dynamics of multiple, simultaneous crises, offers an empirical and theoretical assessment of the existing political constraints on European integration.

Analysing domestic and European political reactions to the EU’s polycrisis and assessing how EU institutions, national governments and broader publics have responded to a new era of politicization, The European Union beyond the Polycrisis? will be of great interest to scholars of European politics and the EU, as well as professionals working in EU institutions, national administrations and European advocacy groups. The chapters were originally published as a special issue of the Journal of European Public Policy.

1. Introduction: the European Union beyond the polycrsisi? Integration and politicization in an age of shifting cleavages

3. Politicizing Europe in times of crsis

4. Politicization in the EU: between national politics and EU political dynamics

6. Getting around no: how governments react to negative referendums

7. Rising despite the polycrisis? The European Parliament’s strategies of self-empowerment after Lisbon

8. The effects of European Parliament elections on political socialization

Jonathan Zeitlin is Distinguished Faculty Professor of Public Policy and Governance in the Political Science Department at the University of Amsterdam, and Academic Director of the Amsterdam Centre for European Studies (ACES). His current research focuses on new forms of experimentalist governance within and beyond the EU.

is Postdoctoral Fellow in Political Economy at the University of Amsterdam, and Assistant Professor of Economic Governance in the Economics Department at the University of Ghent. His research focuses on the relationship between the Eurocrisis and the politicization of the EU -- in public opinion, elections, and institutional development.