The European Union’s Fight Against Terrorism
The CFSP and Beyond 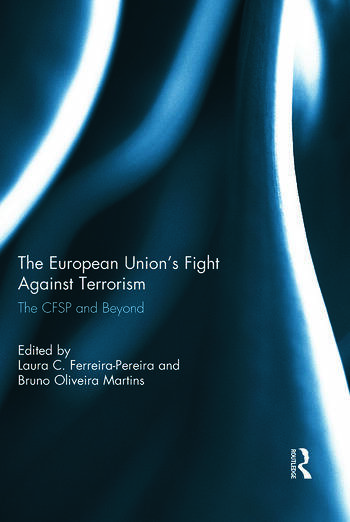 The European Union’s Fight Against Terrorism: The CFSP and Beyond

This book contributes to the understanding of the counter-terrorism (CT) policy of the European Union (EU) by offering a set of analyses focusing on its external dimension. Whilst calling for the combination of internal and external policies as well as cooperation with third countries and international institutions, the external dimension of EUCT challenges previous assumptions on the functioning of the EU and offers new testing ground for the latest theoretical and methodological approaches.

This book was published as a special issue of European Security.

Laura C. Ferreira-Pereira is Associate Professor of International Relations at the School of Social and Political Sciences of the Technical University of Lisbon. Her main research interests include European Foreign, Security and Defence Policy, International Relations of the European Union (with particular emphasis on the its strategic partnerships), Portuguese Foreign, Security and Defence Policy and international organisations in post-Cold War Europe. Currently she is the scientific coordinator of the Research Project ‘The Partnerships of the European Union as an Instrument of Global Action: Rationale and Implications’, funded by the Portuguese Foundation of Science and Technology (FCT).

She has been a regular lecturer at the National Defence Institute (Lisbon) and in 2012 she acted as Visiting Professor of International Relations at the University of São Paulo (Brazil).

Bruno Oliveira Martins is a PhD candidate at the University of Minho and a Visiting PhD Fellow at Aarhus University. He has been a visiting researcher at Egmont Institute and at the EUI and he is a former political analyst at the delegation of the European Commission in Israel. Research interests include EU constitutionalism, counter-terrorism, European security, and the politics of law.