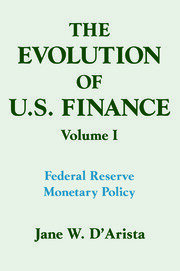 In the early post-Soviet period, Ukraine appeared to be firmly on the path to democracy. But the Kuchma presidency was clouded by dark rumors of corruption and even political murder, and, by 2004, the country was in full-blown political crisis. This book looks beyond these dramatic events and aims to identify the actual play of power in Ukraine.

Ukraine made headlines around the world during the winter of 2004-05 as the colorful banners of the Orange Revolution unfurled against the snowy backdrop of Kyiv, signaling the bright promise of democratic rebirth. But is that what is really happening in Ukraine? In the early post-Soviet period, Ukraine appeared to be firmly on the path to democracy. The peaceful transfer of power from Leonid Kravchuk to Leonid Kuchma in the election of 1994, followed by the adoption of a western-style democratic constitution in 1996, seemed to complete the picture. But the Kuchma presidency was soon clouded by dark rumors of corruption and even political murder, and by 2004 the country was in full-blown political crisis. A three-stage presidential contest was ultimately won by Victor Yushchenko, who took office in 2005 and appointed Yulia Tymoshenko as premier; but the turmoil was far from over. The new government quickly faltered and splintered. This introduction to Ukrainian politics looks beyond these dramatic events and compelling personalities to identify the actual play of power in Ukraine and the operation of its political system. The author seeks to explain how it is that, after each new beginning, power politics has trumped democratic institution-building in Ukraine, as in so many other post-Soviet states. What is really at work here, and how can Ukraine break the cycle of hope and disillusionment?