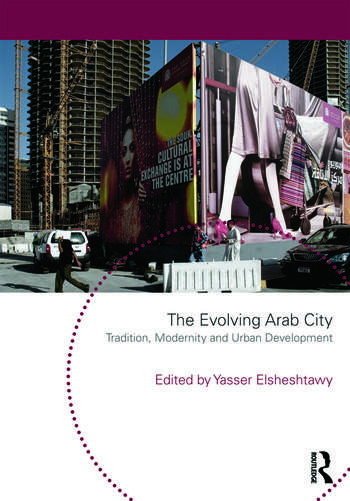 "This outstanding collection, written by sophisticated and engaged Arab architects/urbanists, is a stunning sequel to Planning Middle Eastern Cities (2004) Like its predecessor, it does three things: effectively demolishes the monopoly ‘orientalists’ had over the topic; integrates grounded Arab scholarship with mainstream ‘western’ critical urban theory; and, by detailing the diverse ways Arab cities are responding to globalization, challenges oversimplified debates on ‘The Global City’.

Studies of Arab/Islamic cities used to be the province of ‘outsiders’ who not only prematurely generalized to a genre, but encapsulated it in timelessness. In contrast, the case studies included in the earlier volume (Dubai, Sana’a, Baghdad, Algiers, Tunis, and Cairo), now supplemented in this volume by three older cities (Amman, Beirut, and Rabat) and five newer oil cities (Riyadh, Kuwait City, Manama, Doha and Abu-Dhabi), focus, often critically, on their rapid transformations.

Each case study traces its colonial and post-colonial history, the evolution of its distinctive social and physical structures, and its intersection with the region and the world. It pays particular attention to, inter alia, the effects of recent wars, migration patterns, petroleum prices, noting the increased role of ‘rulers’ in city planning/real estate investment both within and between Arab countries. Each traces the increased interactions between multinational firms and local developers as they strategize and compete to elevate themselves to global city status. Neoliberalism and State-sponsored advanced capitalism are all implicated in the painful task of balancing identity and post-modernity.

Yasser Elsheshtawy is Associate Professor of Architecture at the United Arab Emirates University. His most recent publication is an edited book published by Routledge (2004) titled Planning Middle Eastern Cities: An Urban Kaleidoscope in a Globalizing World. He has lectured at Harvard Design School, Tianjin University, China, and Virginia Commonwealth University, Doha.

"The Evolving Arab City is an excellent addition to the existing literature on Arab cities. It is an engaging read and invaluable for those who seek a deeper understanding of the massive urban transformations occurring in Arab cities in recent decades. As with Elsheshtawy’s previous edited collection, The Evolving Arab City is a substantial and accessible contribution to the scholarship on contemporary Arab cities and provides fascinating critical insight into a dynamic and rapidly-changing region." - Sarah Moser, 'Cities' Journal